A statue of Left icon Lenin was also demolished at Belonia town in South Tripura on Monday with the help of a bulldozer. 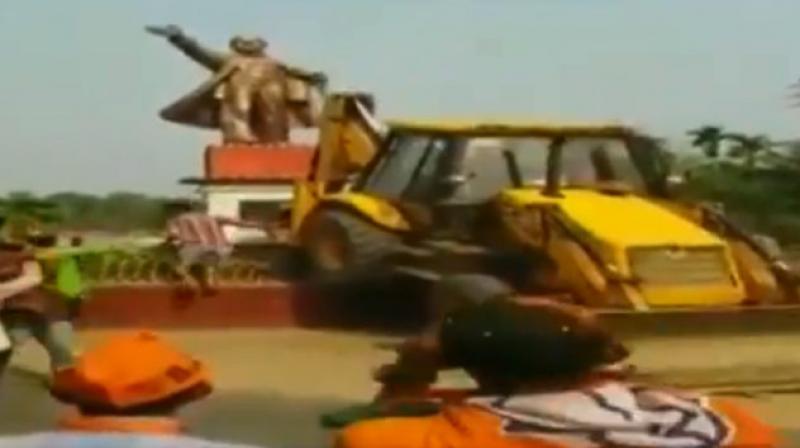 New Delhi: Amid reports of sporadic violence in Tripura, Home Minister Rajnath Singh on Tuesday spoke to the state governor and the DGP and asked them to ensure peace till a new government is installed, an official said.

During the telephonic calls, Governor Tathagata Roy and DGP A K Shukla apprised the Union home minister about the prevailing situation in Tripura and steps taken to control the violence, which erupted following the BJP-IPFT alliances victory over the CPI-M, ousting the Manik Sarkar led government in the just concluded Assembly elections.

Singh asked the governor and the DGP to check all kinds of violence and ensure peace till a new government is installed in Tripura, the home ministry official said. There have been reports of sporadic violence and clashes between rival political groups in different parts of Tripura after the election results were declared on Saturday.

A statue of Left icon Lenin was also demolished at Belonia town in South Tripura on Monday with the help of a bulldozer. Tripura witnessed a change in rule after 25 years in the recently concluded Assembly elections. The BJP demolished the Left citadel in Tripura, winning a two-third majority with its ally, the IPFT.