Shiv Sena MP Arvind Sawant also sought to know from the government, what it was doing to evacuate 1,000 Indians who are stuck in Iran. 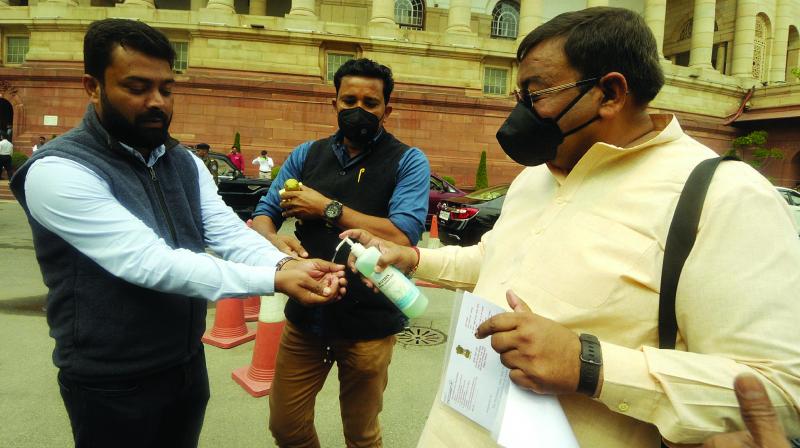 New Delhi: Amid the growing threat of Corona virus epidemic globally as well as across the country, National Conference Lok Sabha MP Hasnain Masoodi on Thursday blamed the Centre over what he termed its “lack of urgency” over the evacuation of 350 Kashmiri students who are stranded in Iran, which is among major nations which has been hit by the spreading virus.

Supporting his claim, Shiv Sena MP Arvind Sawant also sought to know from the government, what it was doing to evacuate 1,000 Indians who are stuck in Iran.

Meanwhile, Leader of the Congress in Lok Sabha, Adhir Ranjan Chowdhury said that fake news on COVID-19 needs to be prevented, and respiratory hygiene awareness needs to be spread.

“Soap, water and sanitiser should be made available in villages. Panchayats should have thermal screening procedures, virology test centres should be initiated in every district and a helpline should be started. Massive campaigning should be undertaken in vulnerable areas, with special focus on children,” he added.

Mr Masoodi, while participating in a half-an-hour discussion in Lok Sabha over the subject, said that there are 1,000 pilgrims from Kargil and 250 students from Kashmiri students who are stranded in the Persian Gulf nation, “they are confined in hostels and they do not have access to the eatables. The Government, it appears to me, is unmindful of the plight and no urgency is being shown at all”.

Mr Masoodi said that he had met the external affairs minister twice over the issue of the evacuation of Indians from Iran, but nothing is being done.

Referring to the statement read out by Union health minister Harsh Vardhan in Lok Sabha over the measures being taken by the government to curb the spread of the deadly virus, the National Conference lawmaker said that just a passing reference was made about those people stuck in Iran, in it.

“They (Indians from Kashmir and Kargil region) are confined in hostels and they do not have access to the eatables. The Government, it appears to me, is unmindful of the plight and no urgency is being shown at all,” he claimed.

Mr Sawant while speaking on the issue, said that the government says it has spoken to Iran about taking care of Indians stuck in that country, but the main concern of families of those people is that when will they return.

“The families of these Indians stuck in Iran, are tensed and want to know about their return. They want to know what steps the Centre is taking to bring them back,” he sought to know.

Earlier Rajendra Agarwal, who was in the Chair, had allowed MPs across party lines to air their views and suggestions in the spread of Corona virus, after the health minister had read out a statement over measures being taken by the Centre to curb it.

Kanimozhi Karunan-idhi of DMK said that more virology institutes should be set up.

Trinamul Congress MP Saugata Roy suggested that there should be 15 second clips on television channels to prevent panic.