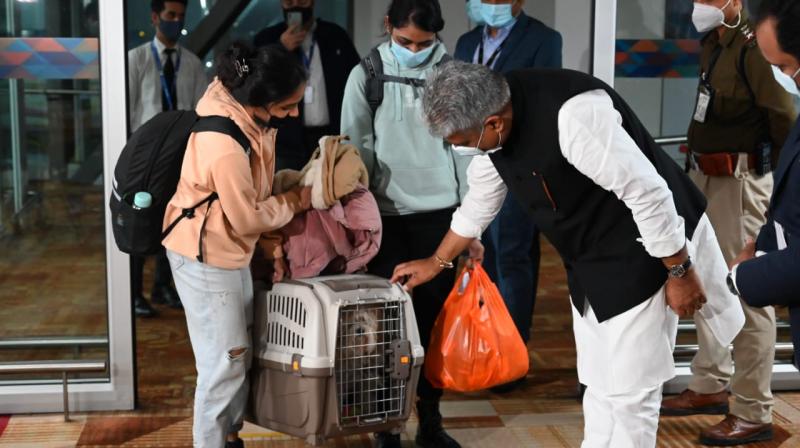 The special flight had departed from Hungary's capital Budapest on Saturday under Operation Ganga.

The Prime Minister has been regularly chairing high-level meetings over the Ukraine crisis.

Earlier on Saturday, the Ministry of External Affairs said that over 13,300 people have returned to India so far under Operation Ganga from crisis-ridden Ukraine. The Ministry also informed that almost all Indians have left Kharkiv city in Ukraine and the main focus of the government is to evacuate citizens from the Sumy area as it is challenging amid ongoing violence and lack of transportation.

The government has also deployed 'special envoys' to five neighbouring countries bordering Ukraine to coordinate and oversee the evacuation process of Indian nationals.