The shops are seen selling liquor under the vigilance of excise officials. 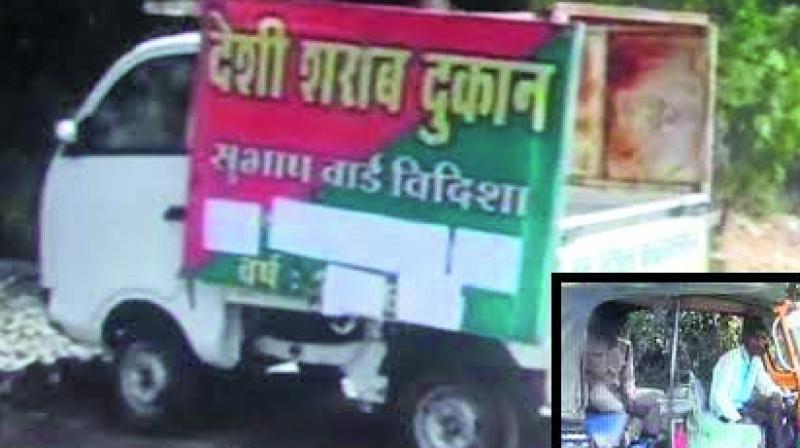 The mobile liquor shops are seen selling alcohol in autorickshaws and min-trucks with banners pasted on them saying they are government spirit outlets.

In a first of its kind move, the Vidisha district excise department has decided to run liquor shops on wheels at three places close to the National Highway in the region after auction of three liquor outlets in the area found no bidders.

“The three liquor outlets at Topura, Subhash ward and bus stand areas could not be auctioned due to ban imposed on sale of alcohol along the NHs by the Supreme Court. No one in the three localities was willing to let out their sites to open liquor shops.

Hence, a decision to open vends in autorickshaws and mini-trucks has been taken to offset the revenue losses caused by non-auctioning of the outlets, Vidisha district excise officer Vinod khatika said. He, however, added that these mobile shops are doing business well beyond 500 metres from NHs as per the SC directive.

These shops have generated curiosity among the locals who thronged them whenever they arrived at their respective areas, much to the discomfiture of the tippler customers as well as the salesmen.

Even, people particularly youths were seen taking selfie with the mobile liquor shops in the backdrop.