Last month, the TDP exited the NDA and withdrew support from the BJP government at the Centre. 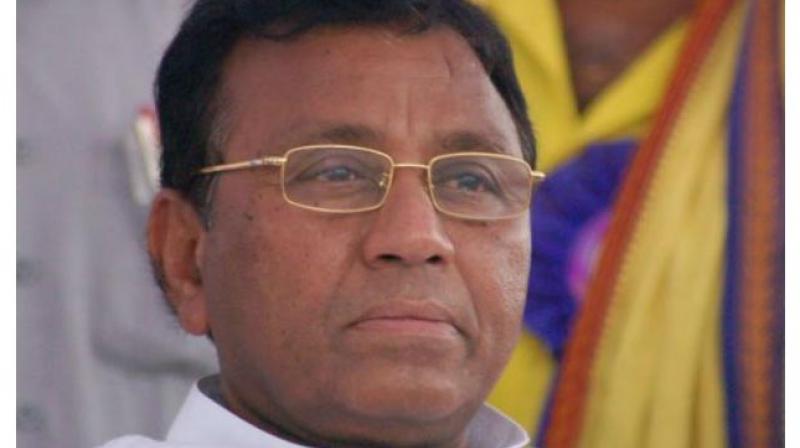 New Delhi: As Telugu Desam Party MPs continued their protest in the Rajya Sabha even after the House was adjourned, seven MPs of the YSR Congress Party on Thursday declared that they would submit their resignations after the Parliament was adjourned sine die on Friday and proceed for an indefinite hungerstrike at the Andhra Bhavan after that.

“We will give our resignation to the Speaker after the House is adjourned sine die and proceed for a hunger strike at the Andhra Bhawan,” YSR Congress Party’s MP Rajamohan Reddy told the media here.

Mr Reddy said that Prime Minister Narendra Modi and Andhra Pradesh chief minister N. Chandrababu Naidu were the most undemocratic leaders and they have failed to deliver on the promises made in their manifesto.

“Mr Modi had promised special category status to Andhra Pradesh when he was at the holy Tirupati. Mr Naidu visited the capital 29 times to seek that. Is he (Naidu) so inefficient that he could not manage?” he said.

“We have been raising the demand for special category from Day One and were the first to submit the no confidence. That is why the TDP were forced to withdraw support,” he added.

It might be recalled that Mr Naidu had made a high-power visit to the national capital on April 2-4 to present his case for Special Category Status for Andhra Pradesh.

Last month, the TDP exited the NDA and withdrew support from the BJP government at the Centre.

TDP have been demanding special category status for Andhra Pradesh ever since the budget session resumed after a recess on March 5. The party had walked out of the BJP-led coalition at the centre last month after pulling out its two ministers. It has also moved a no-confidence motion against the government.