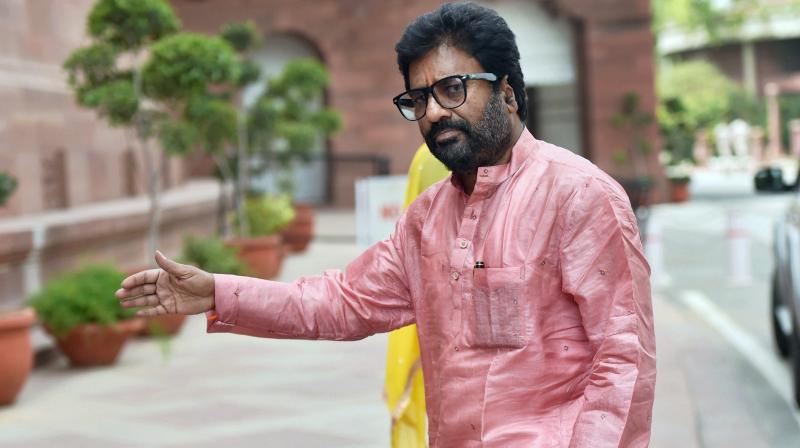 New Delhi: With the Ravindra Gaikwad case acting as a trigger, the Centre on Friday announced draft amendments in the existing rules to tackle unruly or disruptive passengers on board Indian domestic carriers and to form a “national no-fly list” for air safety based on three levels of misbehaviour and correspondingly escalating penalties which are proposals as of now. The first level, which is categorised as “disruptive behaviour”, refers to physical gestures, verbal harassment and unruly behaviour due to inebriation and is punishable by a flying ban for three months. The second (higher) level of misbehaviour relates to “physically abusive behaviour”, that includes “kicking, pushing, hitting, grabbing inappropriate touching and sexual harassment”, which is punishable by a ban on flying for six months. The third (highest) level is for “life-threatening” behaviour, including damage to aircraft, murderous assault and breach of cockpit security, punishable by a ban on flying for two years or more. A two-stage process to determine violations and an appeal process will also be put in place. But eyebrows are being raised on a rather curious move to give other domestic airlines (besides the one on whose flight the incident of misbehaviour took place) the option of either barring the same passenger too or allowing him/her to fly. Repeat offenders will attract twice the quantum of punishment. The penalties will also cover incidents of misbehaviour with airline staff at airports. The police investigation into cases will go on separately.

People could also be put on the no-fly list by the security agencies separately on grounds of security (not safety), in which case all domestic airlines will have to ban such a passenger from flying. Only in such cases will the two-stage process of determining offence and appeals not be followed.

The civil aviation regulations on tackling unruly passengers first came into place in November 2014, six months after the Narendra Modi government took office. But the amendments now give clarity on the time-periods for the flying ban and put in place the appellate process to ensure justice for passengers. The government will now allocate one month for feedback by stakeholders, including airlines, after which any changes can be made. The final orders are expected to be issued by June 30, civil aviation secretary R.N. Choubey said. 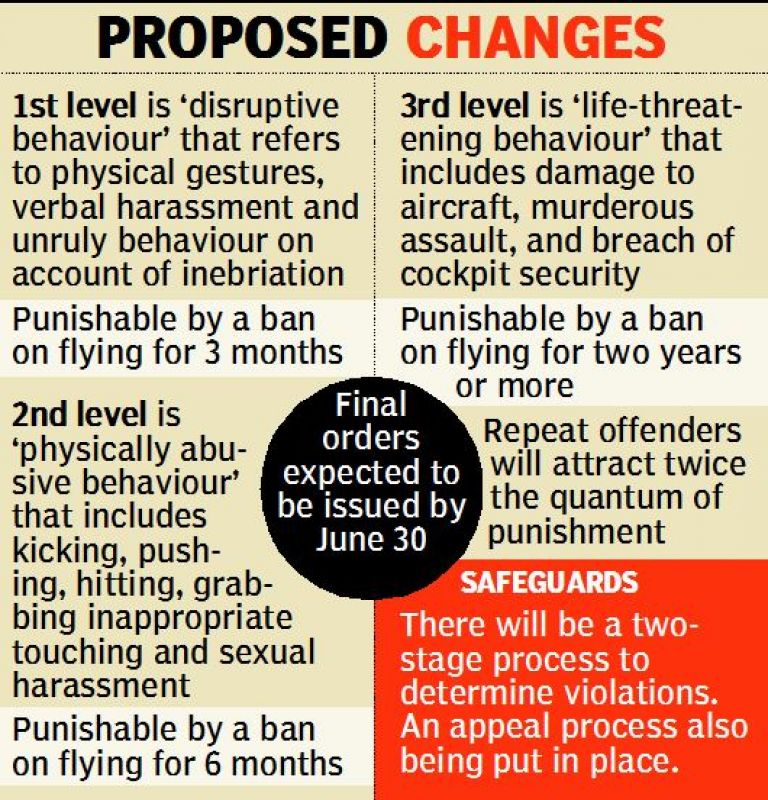 The draft amendments come around six weeks after the incident when Shiv Sena MP Ravindra Gaikwad had allegedly beaten up an Air India official, that had led to nationwide outrage and demands for such a list.

Referring to the regulations originally issued in 2014, civil aviation minister Ashok Gajapathi Raju said: “In my wildest dreams, I never thought an MP would be caught in this. Not all MPs are Prof. Gaikwad.” He later added: “This incident (Gaikwad episode) did contribute to the thinking (on such a no-fly list).”

So far as the two-stage process for the safety-related amendments is concerned, this is to ensure that adequate checks and balances are there to protect the interests of passengers and also ensure that airlines don’t misuse the rules. The first stage will involve a decision in 10 days by a standing committee set up by each airline that will have to decide whether the passenger is guilty of an offence, and if so, at what level. To ensure that airlines do not act arbitrarily, the three-member committee will be headed by a retired district and sessions judge, and will also comprise a retired officer of a consumer forum, or a member of a consumer/passenger forum, while the third member will belong to another airline.

In case the passenger in the dock wants to challenge the verdict, he/she can go to the higher three-member panel, constituted by the civil aviation ministry — which is the second and higher stage — which will be headed by a retired high court judge, a member of the passenger association and an airline employee not below the rank of vice-president.

Minister of state for civil aviation Jayant Sinha said India would become the only country in the world to have a no-fly list on grounds of air safety. When asked why other airlines had been given the option not to ban a person on the no-fly (safety) list, civil aviation secretary R.N. Choubey said: “Why should you assume that an airline will not act rationally?” Speculation is, however, rife that this provision may, in effect, end up granting discretionary powers to the government, which owns Air India, to determine what the national carrier will do.

The government will also verify the “unique identity” of individuals through documents, including passport or Aadhaar card or other documentation, to ensure other passengers who have the same name as an offender do not get harassed or are put to any inconvenience.