Rijwan Alam woke up at 4 am and walked for two kilometres to cast his vote in the fifth phase of 2019 national elections. 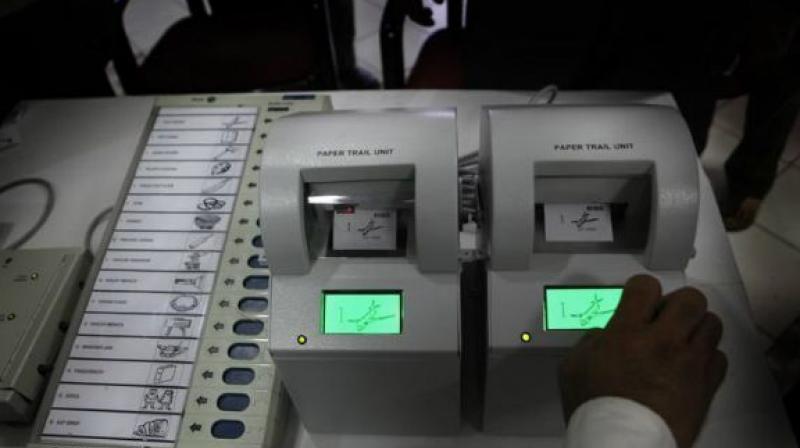 To become the first voter of the constituency -- the booth opens at 7 am – the thirty-six-year-old tailor queued up from 5 am. (Photo: Representational)

Ranchi: It is common to witness people competing to be the early bird at 'first come, first serve' offers. But the achievement to become the first person to vote – that too, three times in a row -- is rare.

In Ranchi, the capital city of Jharkhand, Rijwan Alam woke up at 4 am and walked for two kilometres to cast his vote in the fifth phase of 2019 national elections, Hindustan Times reported.

To become the first voter of the constituency -- the booth opens at 7 am – the thirty-six-year-old tailor queued up from 5 am.

Like every other election year, Alam has managed this feat three times consecutively.

“I got the first voter’s certificate for the third time,” Alam told the paper.

“Exercising my franchise is very important for me as it directly connects me with nation building. Whatever government comes, it is only because of the people. So, everyone should come out of their houses and cast their votes,” he said.

The resident of Imli Chowk in Harmu, Alam was upset as this time his wife Mumtaz Begum was not able to be the first time voter at polling booth number 287 in St Francis School.

“She was a little late due to some domestic work. So, she missed the chance,” he said.

Ranchi is one of the four parliamentary constituencies in Jharkhand that went to polls on Monday.

“A man like Alam is an example for society, who encourages people to use their democratic rights. We should appreciate it,” Ranchi’s deputy commissioner Rai Mahimapat Ray said.

The rest of the seven seats will vote in the sixth and the seventh phases of the Lok Sabha elections. The votes will be counted on May 23.