The Indian army has been retaliating strongly to the violations by the Pakistani Army. 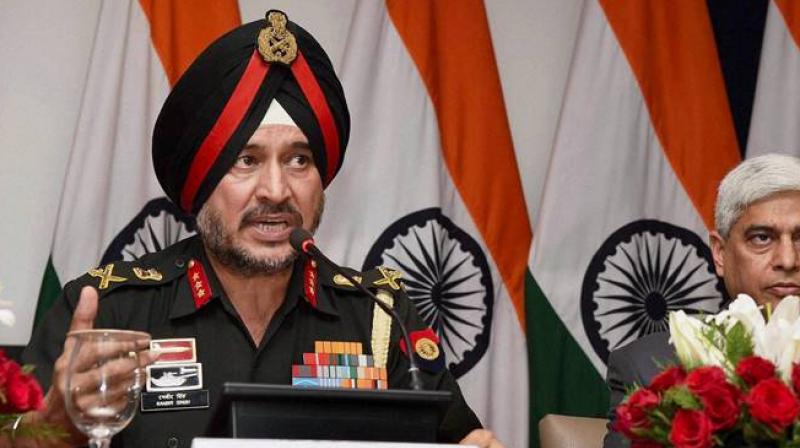 The DGMOs of India and Pakistan discussed the situation along the Line of Control, which has witnessed increasing incidents of ceasefire violations by Pakistan. (FIle photo: PTI)

New Delhi: Indian Army’s Director General of Military Operations (DGMO) Lt Gen AK Bhatt on Monday told his Pakistani counterpart that any attempt by the Pakistan military to resort to unprovoked firings along the LoC in Jammu and Kashmir and abet infiltrators, would be met with “appropriate retaliatory actions”.

In their telephonic conversation, the two army commanders discussed the situation along the Line of Control, which has witnessed increasing incidents of ceasefire violations by Pakistan in the last couple of months.

“DGMO Indian Army conveyed his commitment of ensuring peace and tranquillity which is contingent on Pak Army’s intentions and actions. If Pakistan Army continues to abet infiltrations and cause trans-LC firings, Indian Army will take appropriate retaliatory actions,” the Army said in a statement, sharing details of the conversation between Mr Bhatt and his Pakistani counterpart, Maj Gen Sahir Shamshad Mirza.

In the past few weeks, the LoC has witnessed fierce hostility between India and Pakistan, with the Pakistani army resorting to unprovoked ceasefire violations with a view to providing covering fire to enable terrorists to infiltrate into Jammu and Kashmir.

The Indian army has been retaliating strongly to the violations by the Pakistani Army. Last week, Pakistan had summoned the Indian Deputy High Commissioner in Isalamabad to raise the issue of ceasefire violations.