India   All India  06 Jun 2017  Sehri and barking dogs: How an LeT attack was foiled
India, All India

Sehri and barking dogs: How an LeT attack was foiled

The quick response and immediate reinforcement to deal with the terrorists foiled the attack which could have taken many lives. 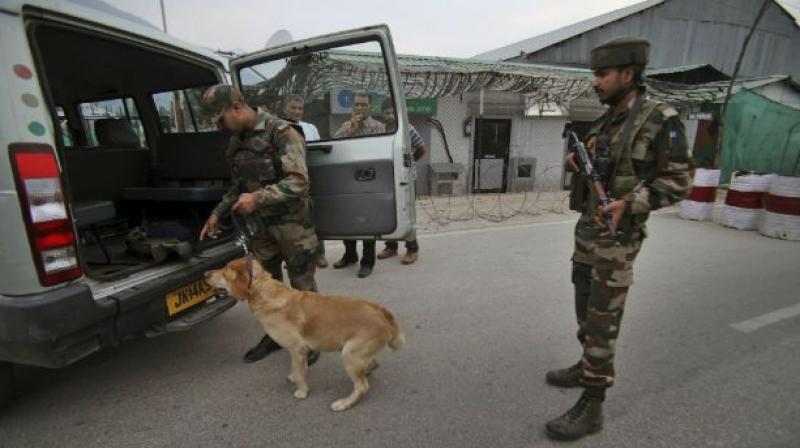 Srinagar: Commandant Iqbal Ahmad had risen for the customary pre-dawn meal in preparation for a long day of Ramzan fasting when the wireless crackled ominously.

It was early morning Monday. There was a fidayeen (suicide) attack on a Central Reserve Police Force (CRPF) camp in the Bandipora area of North Kashmir, he was told.

The meal, or sehri, forgotten, the commandant picked up his assault rifle and rushed to the nearby camp where four terrorists, believed to be members of the banned Lashkar-e-Taiba (LeT), were carrying out the attack.

The quick response and immediate reinforcement to deal with the terrorists foiled the attack which could have taken many lives, an official said.

Ahmad, who took over command of the 45th CRPF battalion after his predecessor Chetan Cheeta was injured, was 200-300 metres away in Sumbal when the wireless message informed him of the attack in the camp that houses two companies of his men.

The officer, a devout Muslim who keeps a fast for the holy month of Ramzan, rushed to the troubled spot and remained there till all the terrorists had been killed and the area cleared.

At the Sumbal camp, it was two street dogs who gave the first tip off to the CRPF personnel with their loud barks.

The dogs, who are fed regularly by the CRPF personnel, continued to bark, giving the personnel an idea that there were people hiding in a particular area.

The personnel fired an illuminator - and learnt about the presence of the intruders.

"The dogs saved the lives of many," said a senior CRPF official.