US President Trump had withdrawn the US from the landmark Paris climate accord. 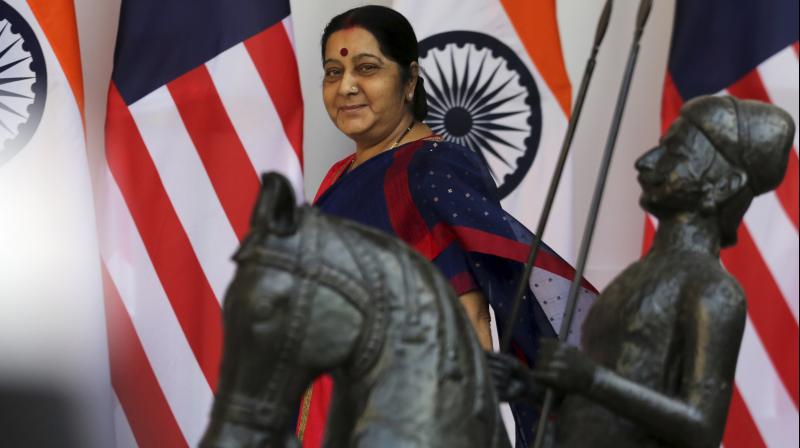 New Delhi: External affairs minister Sushma Swaraj has repudiated US President Donald Trump’s statement that India has extracted promises of billions of dollars in return for signing the Paris agreement on climate, saying there was “no greed and no fear” on the part of India when it came to signing the agreement.

“What President Trump spoke is not the reality,” Ms Swaraj said. She said that there had been no reduction in engagement with the US under the Trump administration, adding that the Indo-US relationship is one of “mutual benefit”.

She described the US as a “major defence partner of India”. Government sources said that President Trump’s harsh references to India would not affect PM Narendra Modi’s forthcoming visit to the United States that could take place in the last week of June. The dates for the visit are being worked out, sources said.

She said that it was part of the Indian ethos to revere nature and that rivers, forests and mountains continue to be worshipped and revere in this country.

“It is not the reality what President Trump said. The signing of the Paris agreement (on climate) by India was under no pressure, or greed or fear. It was because of our commitment to the environment,” Ms Swaraj said at a press conference to mark three years of completion of the NDA government’s current term in office.

She said that it was part of the Indian ethos to revere nature and that rivers, forests and mountains continue to be worshipped and revere in this country.

Ms Swaraj also said that PM Narendra Modi had so far spoken thrice to US President Trump, while she and the NSA have been in touch with their counterparts in the US.

She said that there was no reduction so far in the H-1B visas issued by the US, but admitted that there were concerns that it could be reduced. She said some decisions were not possible in the US by executive orders, and these required legislative actions as well. The minister said that India was in touch with members of the US Congress as well as the Trump administration on the issue.