CM H D Kumaraswamy tweeted he was 'deeply moved' by the news and would meet the police constable to express his gratitude. 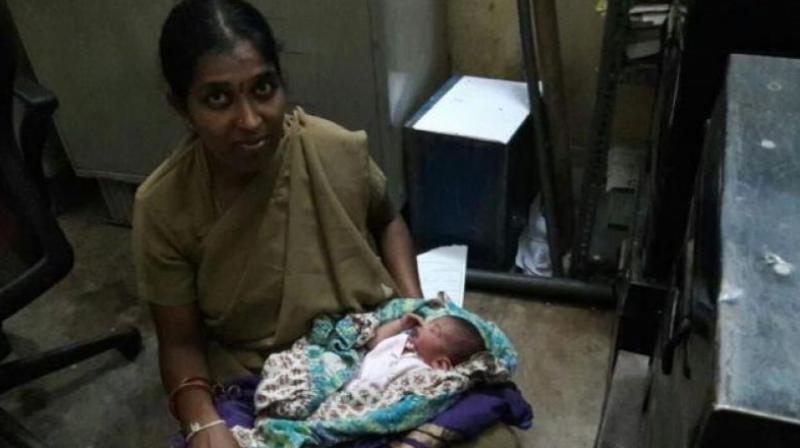 Constable Archana, who had returned to work after a three-month maternity leave, couldn't bear the newborn's cries and decided to breastfeed the baby. (Photo: ANI)

Bengaluru: A police constable named Archana from Bengaluru was hailed for her act of breastfeeding an abandoned newborn and going beyond her call of duty.

Police authorities answered to a distress call when a shopkeeper alerted them about a newborn being abandoned near a construction site in Electronic City.

The baby was wrapped in a plastic bag and the umbilical cord was wound around his neck, reported The Hindu.

The newborn was soon rushed to the hospital by a police officer and administered requisite medication. The baby was then taken to the police station.

Constable Archana, who had returned to work after a three-month maternity leave, couldn't bear the newborn's cries and decided to breastfeed the baby.

"I just couldn't bear it," she said. "I felt like my child was crying and I had to feed the baby," Archana told BBC. Her colleagues are full of praise for her quick actions, which, they said, probably saved the baby's life.

On Wednesday, Karnataka Chief Minister H D Kumaraswamy tweeted he was "deeply moved" by the news and would meet the police constable "who nursed the little one to life" to express his gratitude.

Assistant Sub-Inspector Nagesh R told The Hindu, "It is the government's baby now, and we decided to name him Kumaraswamy as it would be under the care of the government."

The Bengaluru City Police, too, showered praises on constable Archana for going beyond her call of duty and saving a newborn's life. The post reads: "We salute our COP Smt. Archana, Bengaluru City Police, for her kind motherhood affection of breastfeeding and rescuing an abandoned infant, while in her maternity."