India   All India  06 Jun 2018  I stand corrected: Shabana Azmi issues apology to railways for her tweet
India, All India

I stand corrected: Shabana Azmi issues apology to railways for her tweet

The 30-second video shows 3 people squatting, rinsing plates in what appears to be a puddle of water in a pothole. 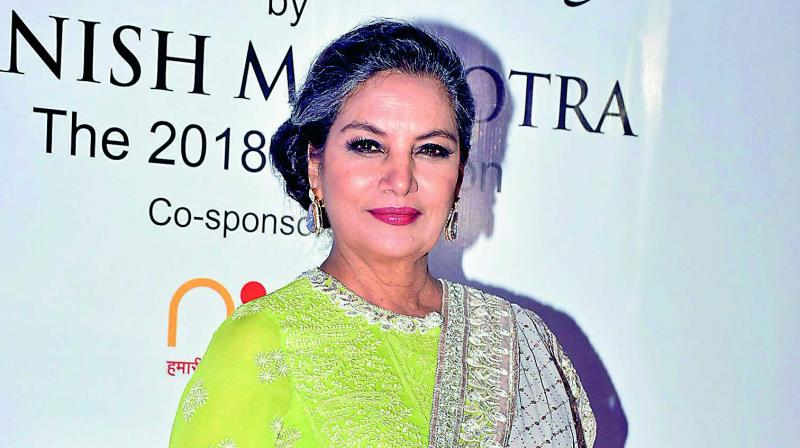 'Thank you for clarifying this. I stand corrected. Please accept my apologies,' Shabana Azmi tweeted.(Photo: File)

New Delhi: Veteran actor Shabana Azmi has apologised to railways for tweeting a video tagging minister Piyush Goyal and the railway ministry that purportedly showed workers, whom she had mistaken to be railway staffers, washing dishes in dirty water.

The 30-second video shows three people squatting and rinsing plates in what appears to be a puddle of water in a pothole. Azmi had tweeted the video on Tuesday morning asking the minister to watch it.

By evening, the ministry issued a clarification tagging the actor and calling her out on her mistake.

"Mam, video is of Malaysian eatery which faces closure after video shows workers washing dishes in puddle of murky water," the tweet from the railway ministry's handle pointed out, even attaching a news story from the country to validate the point. Almost immediately, Azmi apologised, but twitter trolls would have none of it, even asking the rail ministry to file a complaint of defamation against her.

"Thank you for clarifying this. I stand corrected. Please accept my apologies," she tweeted.

Later, she again tweeted: "I have apologised unconditionally. I stand corrected."

The issue generated a lot of traction on the micro-blogging site. It received over 67,000 impressions, the ministry's tweet got 915 retweets and more than 1000 likes.

The railways was in the news recently when a video went viral showing a vendor coming out of a train toilet with tea and coffee cans. The vendor was fined Rs 1 lakh by the railways later.