No big changes in H-1B programme, nothing new on H-4 visa policy: US 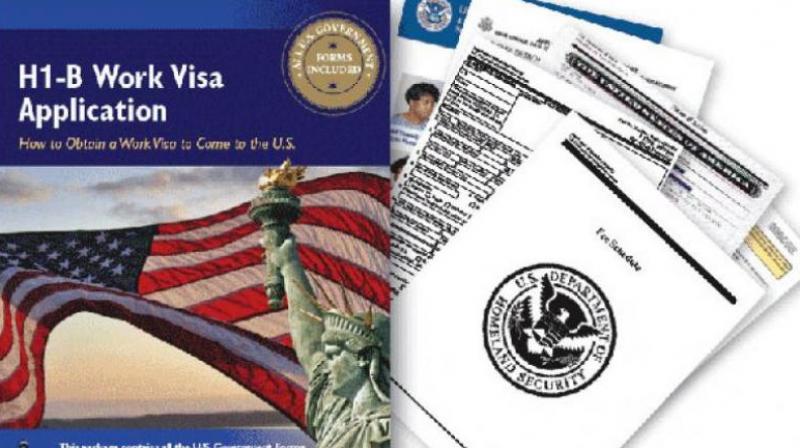 The US Mission in New Delhi on Wednesday observed 'Student Visa Day', an event to celebrate higher education ties between India and the United States. (Representational Image)

New Delhi: There have been "no big changes" in the H-1B programme and "nothing new" on the H-4 visa policy, the US said on Wednesday, amid the Trump administration's plan to overhaul the immigration system.

US Deputy Chief of Mission (DCM) in Delhi, MaryKay L Carlson said that granting employment visa and work permits is the sovereign decision of a country.

The US Mission in New Delhi on Wednesday observed 'Student Visa Day', an event to celebrate higher education ties between India and the United States.

"There have been no big changes in the H-1B programme and nothing new on H-4...," Carlson told reporters.

Certainly, employment visa and work permits for Indians is the sovereign decision of the US, the official said.

The Trump administration's move to end the Obama-era rule could have an impact on more than 70,000 H-4 visas holders, who have work permits.

H-4 is issued to the spouse of H-1B visa holders, a significantly large number of whom are high-skilled professionals from India.

External Affairs Minister Sushma Swaraj had in May said the government would make all efforts to persuade the Trump administration against such a move.

In her annual press conference on May 28, the minister had said it was true that President Donald Trump was reviewing the H-4 visa programme and there were reports of its possible revocation.

On the occasion of 'Student Visa Day', the Mission also dedicated the day to student visa applicants who have enrolled for higher studies in different US universities.

The US Embassy in New Delhi and the consulate general of Chennai, Hyderabad, Kolkata and Mumbai, welcomed over 4,000 Indian students, who applied for visas to study in the United States.

In 2017, more than 1,86,000 Indian students were enrolled in US institutions for higher education, more than double the number from a decade ago and a 12 per cent increase from the year before.

India is the second leading place of origin for students coming to the US, with Indians comprising over 17 per cent of the total international students in the United States, according to the US.

Some consulates invited guest alumni speakers, while others had a video or "selfie" station.

Representatives from partners, including EducationUSA, the American Library, and recent US graduates were present at the event to give their insights and answer queries from students about studying in the United States.