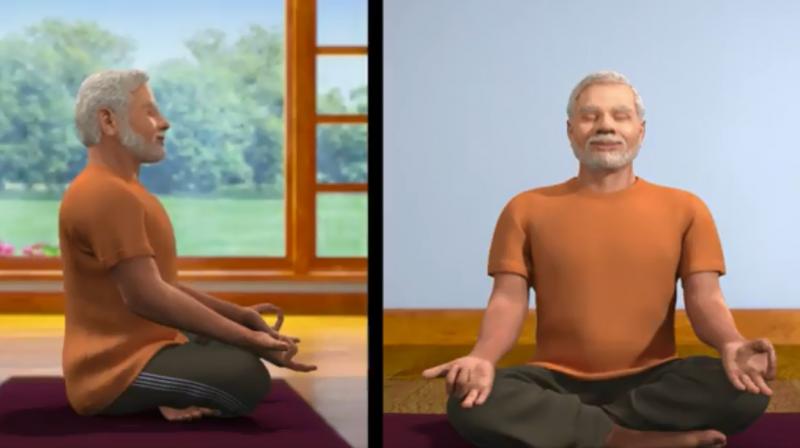 International Yoga Day is celebrated annually on June 21 since its inception in 2015.

"Have a look and make it a part of your lives. Practising it daily will bring calm and positivity in your life. #4thYogaDay," the Prime Minister tweeted.

Sharing a video on Nadi Shodhan Pranayam. Have a look and make it a part of your lives. Practising it daily will bring calm and positivity in your life. #4thYogaDay pic.twitter.com/3UJWZpDCBU

This is not the first time that PM Modi has shared a yoga video. Earlier, too, the prime minister shared 3D videos explaining various asanas.

Pawanmuktasana is a useful Asana which has multiple benefits. Have a look at this video. #4thYogaDay pic.twitter.com/LZuPnQAmmm

In 2015, India created two world records on International Yoga Day when PM Modi led the participants at Rajpath in Delhi and recorded the largest yoga class with 35,985 people.