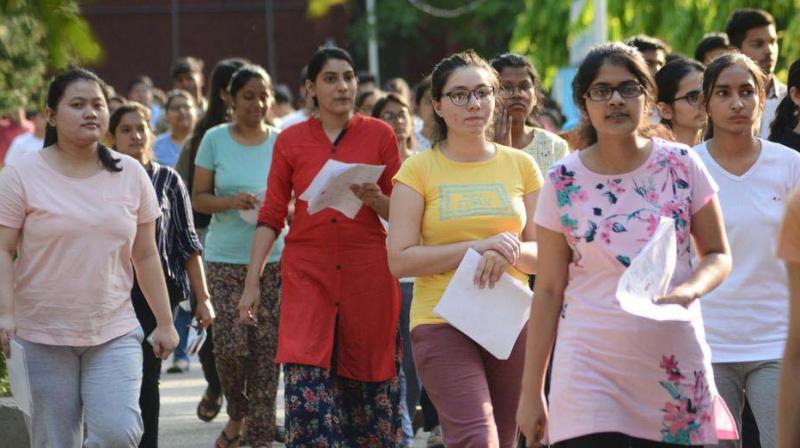 Situation is no different in SRM High School and Nano Science College in Bhubaneswar, where only five students had appeared for the examination, but none of them could clear the papers. (Representational image)

BHUBANESWAR: As the number of junior colleges registering zero success rate rises, the Odisha government is contemplating strong actions against them after reviewing causes of such poor results.

The state of higher secondary education in the state could be gauged from certain instances. Of the nine students who registered at College of Art and Culture in Sarakhia, Dhenkanal, two years ago, not a single student could clear the Plus-II examination this year.

“There were two students from our college, who registered for Plus-II examinations. While one of them didn’t appear in the exam citing health issues, the other one dropped out after a few papers. Students refused to take exams protesting decision to club our examination centre with Dhenkanal College,” said Secretary of College of Art and Culture, Dhenkanal.

Situation is no different in SRM High School and Nano Science College in Bhubaneswar, where only five students had appeared for the examination, but none of them could clear the papers.

In total, nine Plus Two science colleges and 82 high schools registered zero pass percentage this year in council of higher secondary education and matric examinations, respectively. “Strict action will be taken against those teachers, who are not doing their duty properly,” said Koraput district education officer, Pramod Kumar Panda.

Only after a review, we will be able to find out why performance of these institutions is so bad,” said district education officer of Koraput, Pramod Kumar Panda.

“Within two days, a show cause notice will be issued. After getting their response, we will decide what steps to be taken next,” school and mass education minister, Samir Das said.

Educationists have raised questions on how colleges with less than 10 students are being allowed to register for the examinations.

“There should be some sort of penalty on institutions registering zero result,” said educationist Kamal Prasad Mohapatra.