India   All India  06 Jun 2020  India to demand return to status quo in talks with China
India, All India

India to demand return to status quo in talks with China

China wants India to stop development of infrastructure at the LAC 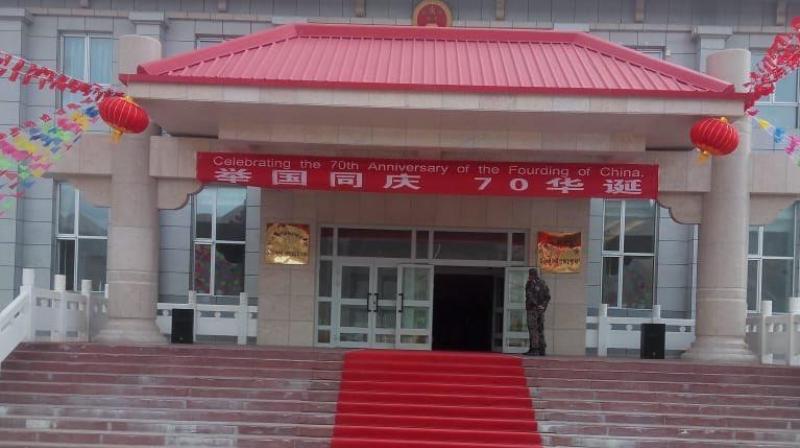 The meeting will take place at a Border Personnel Meeting (BPM) point in Moldo on the Chinese side.

New Delhi: All eyes are set on the high-level military dialogue on Saturday between India and China to break the ice between the armies of the two countries who are involved in a month-long tense military stand-off in the Ladakh sector.

The meeting will take place at a Border Personnel Meeting (BPM) point in Moldo on the Chinese side and is scheduled at around 9:30 am in the morning depending upon the weather conditions, said sources.

“The agenda is re-establishment of peace and tranquility at the Line of Actual Control which has been disturbed in the recent days,” said sources.

India will demand a return to status quo in Pangong Tso, Hot Springs and Galwan Valley. On its part Chinese could ask India to stop development of infrastructure at the LAC which has increased the ability of the Indian army to deploy its troops in the mountainous region much faster. However, India is unlikely to agree to this demand as it believes that all construction is taking place in its own territory.

India is likely to focus on the Pangong Tso lake, where the two sides were involved in a brutal clash on the intervening night of May 5th and May 6th.

On the northern bank of Pangong lake, India claims that its area is from Finger area 1 to Finger 8 and Chinese claim their area to be from Finger 8 till Finger 2. India’s army base is around finger 3 and it patrols till finger 8. This time, sources said Chinese have placed a large number of troops between finger 4 to 8 to prevent patrolling by Indian troops. Chinese have also occupied some the peaks in the area.

In Galwan Valley, Chinese have brought their troops into undisputed Indian territory. PLA is unhappy with the  255 km Darbuk-Shayok-Daulat Beg Oldie road which connects to the base of the Karakoram pass. According to sources till last year Border Road Organisation was able to blacktop the road till 210 km and the rest of it will be completed this year. Chinese presence at Galwan is a threat to DS-DBO road as they can cut off this crucial road. With this road, which is at a height of 17,000 feet, it will take Indian army to reach Daulat Beg Oldie from Leh in six hours against two days without it. India is also constructing feeder roads to the patrolling points  from DS-DBO road for better connectivity.

There have been more than 10 rounds of talks held already between the two sides at  different level from Commanding Officers, Brigade to Major General level to try to resolve the issue.