'This is very clear and that is govt's policy and no human being can call himself great by hurting or hitting other human being,' he said. 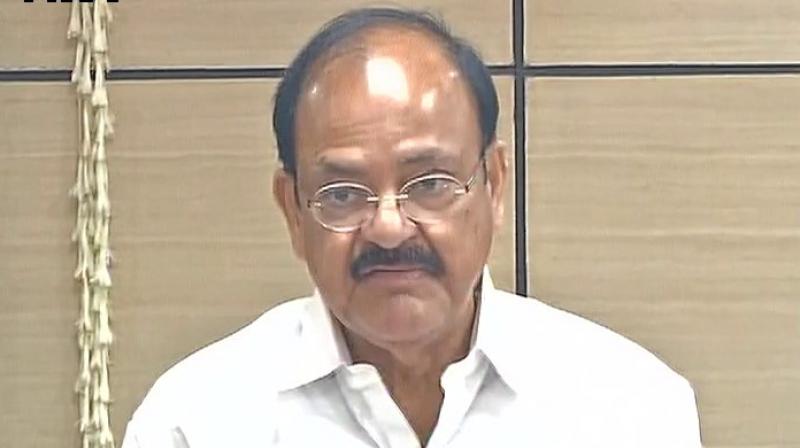 New Delhi: Union minister M Venkaiah Naidu on Thursday said people who speak against the "national ethos, values and culture" and impose their views on others must be avoided.

Naidu, whose statement comes two days after a Jammu and Kashmir minister told a National Conference leader in the assembly that he could lynch him, also spoke of the late Syama Prasad Mookerjee, founder of the Bharatiya Jana Sangh, the precursor to the BJP.

He fought for the unity of country and sacrificed his life for the integration of Jammu and Kashmir with India, Naidu said.

"We should take inspiration from him about the need for national integration. We must avoid, ignore people who make noises, speak against the national ethos, values and culture, and then try to dictate their views on us. No, this is not acceptable."

He was addressing a conference of Prasar Bharati's Regional News Unit.

"India is a free country, and everybody has got freedom, but this is constitutional limit and others have no right to take their freedom also...Including their language, culture, food habits. No other person has the right to dictate to them.

"This is very clear and that is the government's policy and no human being can call himself great by hurting or hitting the other human being," the Information and Broadcasting minister added.

Naidu also asserted that what is happening in certain parts of the country should be "isolated" and "condemned". They should not be "highlighted" to defame the country and the society.

The BJP is an alliance partner in the PDP-led government in Jammu and Kashmir.

"I can lynch you here," state minister Imran Ansari had told National Conference leader Devender Rana in the legislative assembly during a discussion on implementation of GST.

Naidu also told the conference that more emphasis should be given to regional languages and dialects in the process of disseminating news.