Search is on for the fourth air force officer who was on board the chopper. 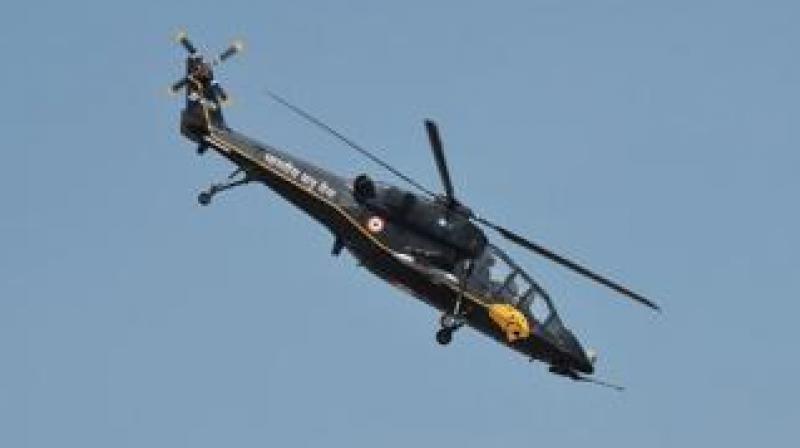 The bodies of two IAF officers and an IRB jawan were recovered from the spot where the IAF chopper crashed two days ago during flood rescue sorties. (Photo: AFP)

Itanagar: The bodies of two Indian Air Force (IAF) officers and an India Reserve Battalion (IRB) jawan were recovered from the spot where an IAF chopper crashed two days ago during flood rescue sorties, police said on Thursday.

Search is on for the fourth air force officer who was on board the chopper.

The police had initially said there were three people on board the helicopter—Wing Commander MS Dhillon, the pilot, Flight Lieutenant PK Singh and Flight Engineer Sergeant Gujjar.

It was later confirmed that an IRB jawan was also with them to help evacuate people stranded in Sagalee and Dambuk following massive landslides caused by heavy rains.

The search team comprised personnel from the state police, the National Disaster Response Force, the army and the IAF. They were assisted by a medical team, the DGP said.

The helicopter had taken off on Tuesday from Pilputu helipad near Sagalee in Papum Pare district, around 30km from the Arunachal Pradesh capital.

It lost contact with the ground staff within minutes of take-off at 3:48pm.