Wani’s killing had sparked off widespread disturbances in Kashmir and parts of Jammu’s Chenab valley leaving more than 80 people dead. 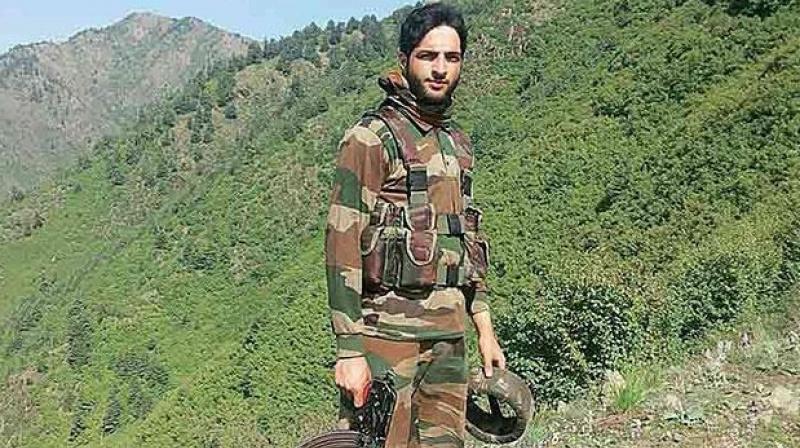 Burhan Muzaffar Wani and two other militants were killed by the security forces in a village of southern Anantnag district on July 8, 2016. (Photo: Facebook)

Srinagar: The government has initiated a slew of security measures, including deployment of additional central paramilitary forces across Kashmir Valley and parts of Jammu region, ahead of Hizbul-Mujahideen commander Burhan Muzaffar Wani’s first death anniversary on Saturday.

Social media platforms will also be blocked from Thursday night for an indefinite period.

The reinforcement from the Central Reserve Police Force (CRPF), Indo-Tibetan Border Police (ITBP) and Sashastra Seema Bal (SSB) along with Jammu and Kashmir police and columns of the Army and the Border Security Force (BSF) will be fanned out during the intervening night of July 6 and 7 to secure sensitive locations and intensify area domination in the restive Valley, official sources said.

Few other strict measures are also being taken in anticipation of potential disturbances in coming days. These include imposing curbs on the movement of separatist leaders and activists.

Wani, the 22-year-old Internet-savvy poster boy of the Hizb broadly acknowledged as being the architect of the social-media driven psychological warfare in Kashmir was along with two other militants killed by the security forces in a village of southern Anantnag district on July 8, 2016.

Wani’s killing had sparked off widespread disturbances in Kashmir and parts of Jammu’s Chenab valley leaving more than 80 people dead and thousands others wounded. Two policemen were also killed and thousands of security personnel injured stone-pelting and other incidents of mob violence during the five-month-long unrest.

The separatist and militants have announced to observe Wani’s first death anniversary in a big way. The Hizb chief Muhammad Yusuf Shah alias Syed Salahuddin had, a day before he was declared a ‘Specially Designated Global Terrorist’ by the US State Department, in a statement issued in Muzaffarabad called for shutdowns in the Valley on July 8 and July 13.

He also asked the people to visit the homes of “martyrs” and hold pro-freedom rallies and protests during the rest of the week beginning on July 8. An alliance of key separatist Syed Ali Shah Geelani, Mirwaiz Umar Farooq and Muhammad Yasin Malik has issued an identical calendar to mark Wani anniversary.

July 13 is observed as ‘martyrs’ day’ in both parts of divided Jammu and Kashmir as on this day 66 years ago as many as 22 Kashmiris were shot dead by the troops of autocratic Dogra Maharaja outside Srinagar’s central prison where an in-camera trial of a rebel Abdul Qadeer was being held. The bloody incident heralded an uprising against the Maharaja’s rule and for independence of the Muslim majority state. While July 13 is observed as ‘martyrs’ day’ by both mainstream and separatist political parties and is an official holiday, the latter insist that the struggle for “independence” is still on as India “forcibly occupied part of the State in 1947”.

In view of possible flare up, the authorities announced a 10-day-long ‘summer break’ in educational institutions from July 6 although the summer is still away and the temperatures have not soared as yet in the Valley. Apparently, the closure of schools and colleges has more to do with Wani anniversary than anything else.

On Thursday, Inspector General of Police (Kashmir Range) Munir Ahmad Khan asked the lease-line Internet service providers to block all social media sites or shut down their services in THE Valley from 10 pm on Thursday till further orders.  “In view of the apprehensions of misuse of internet services by anti-national elements, which is likely to cause deterioration in law and order situation, you are directed to block all social media sites,” the order signed by him reads.

It adds that if blocking of the social media sites is not possible, the service providers should shut down their services in Kashmir Valley from 10 pm (Thursday) till further orders.  The authorities are also likely to suspend mobile Internet services across the Valley as a precautionary measure.

Khan had earlier sought to clarify that the government was not planning a blanket ban on the Internet on Wani’s anniversary. “There is nothing like suspending the Internet from tomorrow until 16th July”, he had said adding “Every step will be taken as per requirement and the situation will be reviewed on day-to-day basis.”

A similar blanket ban on 22 social media sites including Facebook, Twitter.com and WhatsApp announced in April for a period of one month or till further orders had failed as a vast majority of the users soon began accessing these platforms through Virtual Private Networks (VPNs).