India   All India  06 Jul 2017  To Modi with deepest friendship: Netanyahu's parting gift is a signed photograph
India, All India

To Modi with deepest friendship: Netanyahu's parting gift is a signed photograph

The signed photograph was of Israeli PM Benjamin Netanyahu and Narendra Modi standing at the Olga beach. 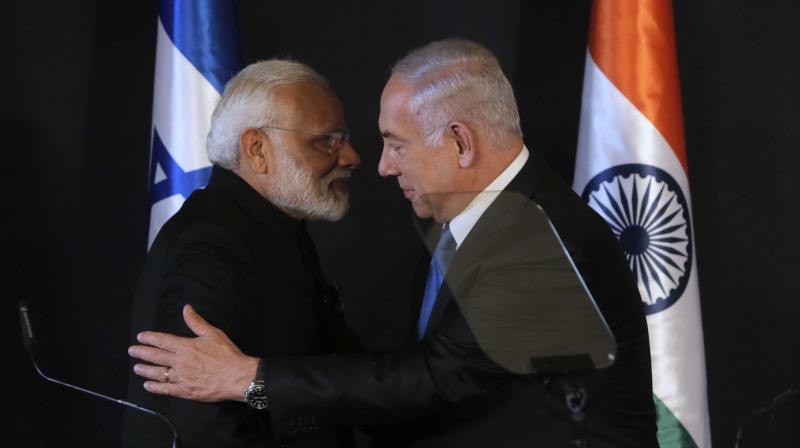 Prime Minister Narendra Modi was given a demonstration of Gal-Mobile, a mobile seawater desalination unit at the Olga Beach. (Photo: File)

The signed photograph was of the two leaders standing at the Olga beach.

The Indian Prime Minister thanked his Israeli counterpart for the hospitality as he tweeted:

Thank you my friend, PM @netanyahu for the signed photo, your kind words, amazing hospitality & passion towards #IndiaIsraelFriendship. pic.twitter.com/1jUtMG3F85

They then visited the beach where Prime Minister Narendra Modi was given a demonstration of Gal-Mobile, a mobile seawater desalination unit.

Later in Tel Aviv, the two Prime Ministers established an innovation bridge between start ups and innovators followed by a CEO forum meeting.

The CEOs of Indian and Israeli businesses signed MoUs worth over USD 5 bn on the sidelines of the visit.

Prime Minister Modi's visit to Israel was a first ever by any Indian Prime Minister. He is now headed to Germany to attend the G-20 Summit.