The governor wrote that he wanted to speak to the state DGP and when he was told that he was unavailable, he had called up WB CM. 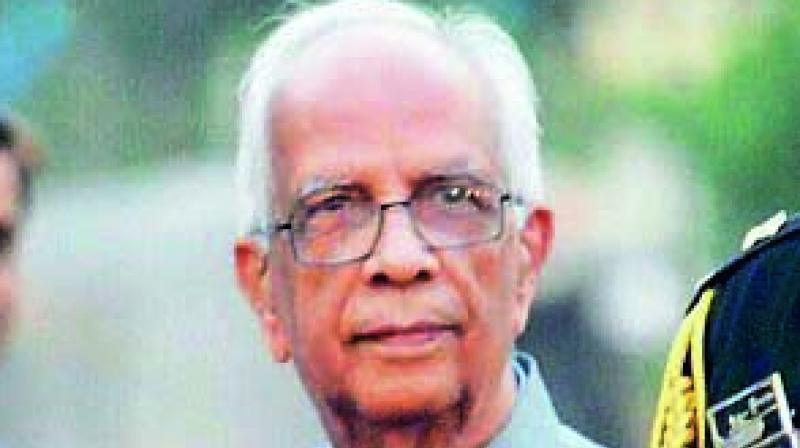 West Bengal Governor Keshari Nath Tripathi's letter also mentioned that he had never said anything to Banerjee which could have 'humiliated' or 'insulted' or 'threatened' Mamata Banerjee (Photo: File | PTI)

Kolkata: West Bengal Governor Keshari Nath Tripathi has written to President Pranab Mukherjee on Wednesday giving details about the phone conversation between him and Chief Minister Mamata Banerjee in context of the communal riots in Baduria in North 24 Parganas district.

According to Raj Bhavan sources, Tripathi, in his letter to the President mentioned why he had called Banerjee on Tuesday afternoon and details of the conversation.

Trinamool Congress had on Tuesday written to the president claiming that the governor had "insulted" and "humiliated" Banerjee during their phone conversation.

"Tripathi, in the letter to Mukherjee mentioned every minute details of why he had called up the chief minister and what exactly he had spoken to her during the phone call," the source told PTI on condition of anonymity.

The governor has also written that he wanted to speak to the state DGP and when he was told that the police officer was unavailable, he had called up the chief minister.

Tripathi's letter also mentioned that he had never said anything to Banerjee which could have "humiliated" or "insulted" or "threatened" her.

In fact, the governor had suggested to the chief minister for seeking forces from the Centre, it said.

Tripathi has also mentioned TMC secretary-general Partha Chatterjee's statements on Wednesday morning calling him a "BJP cadre" and described it as partisan behaviour from a senior leader.

The source said the governor's statement circulated to the media in response to the current situation in the state has also been attached with his letter to the president.