We didn't ask for it: India after China 'cancels' Modi-Xi meet at G20 summit

China and India have been engaged in a standoff in the Dokalam area near the Bhutan tri-junction for past 19 days. 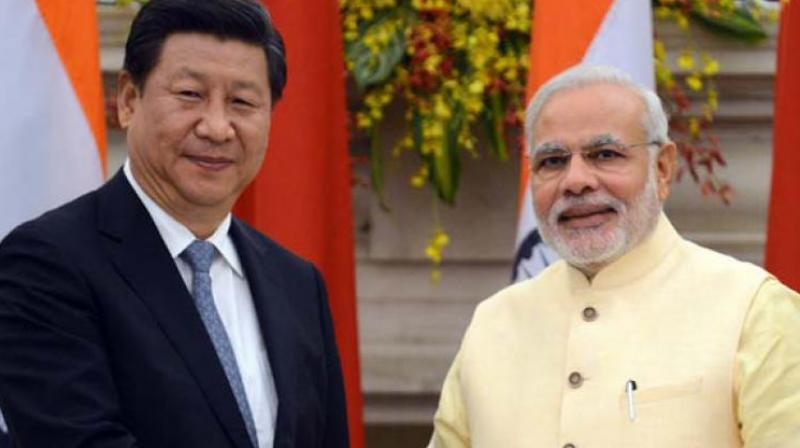 New Delhi: After China ‘cancelled’ the meet between Prime Minister Narendra Modi and Chinese president at the G20 Summit in Germany on Friday, India has negated the comment by saying that it did not request for a meeting in the first place.

According to a Hindustan Times report, an Indian official, who is part of Prime Minister Narendra Modi’s part of delegation in Israel, on condition of anonymity said, “But we did not ask for any meeting, so where is the question of atmosphere being conducive or not.”

Adding further, the Indian official said, there was no meeting planned between Modi and Xi and the two countries were likely to allow their armies to resolve the Doklam stand-off.

Earlier, there had been reports that Modi and Xi Jinping may meet on the sidelines of G20 Summit to resolve the standoff. However, Chinese Foreign Ministry had said that ‘the atmosphere is not right for bilateral meeting between President Xi and Prime Minister Modi’.

According to official itinerary, Modi will hold bilateral meetings with the leaders of Argentina, Canada, Italy, Japan, Mexico, South Korea, United Kingdom and Vietnam on sidelines of the G-20 Summit in Hamburg, Germany.

There was no mention of a bilateral meeting with Chinese President Xi Jinping as was being speculated.

The spokesperson said Modi will also participate in the BRICS leaders' meeting.

Read: What is G20? All you need to know about leading powers' annual summit

China and India have been engaged in a standoff in the Dokalam area near the Bhutan tri-junction for past 19 days after a Chinese Army's construction party attempted to build a road.

Earlier on Thursday, Chinese media also accused New Delhi of oppressing Bhutan and said that Beijing will support and “fuel” pro-independence appeals in Sikkim to rewrite the Himalayan geopolitics.