India   All India  06 Jul 2018  BSP and JS-D likely to repeat Karnataka experiment in UP
India, All India

BSP and JS-D likely to repeat Karnataka experiment in UP

The BSP will keep one seat aside for the JD(S) out of these 40 seats. 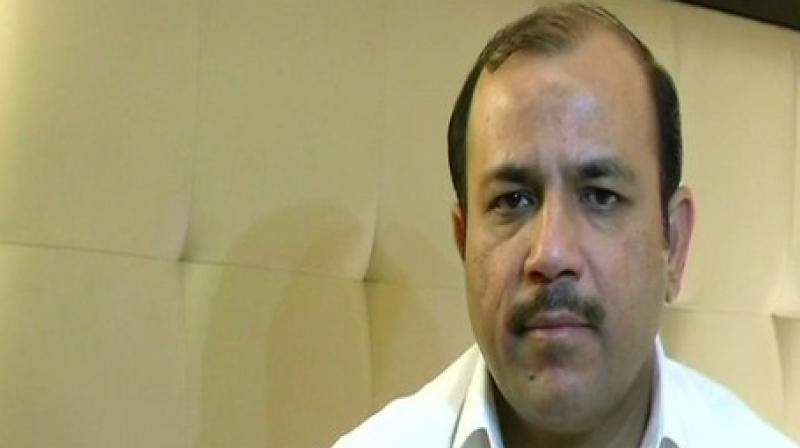 New Delhi: The Karnataka experiment, which saw a pre-poll tieup with the Bahujan Samaj Party and the Janata Dal (Secular) and led to the former opening its kitty in South India, is all set to get a leg-up in the coming 2019 Lok Sabha polls. Sources said, in a “quid pro quo” move, the BSP and JD(S) were likely to leave a seat for each other in their strongholds of Uttar Pradesh and Karnataka respectively in next year’s general elections.

A likely candidate from JD(S) in Uttar Pradesh is its secretary general Kunwar Danish Ali, a senior BSP leader told this newspaper.

Mr Ali is credited with stitching together not only the BSP-JD(S) alliance in Karnataka but also the subsequent post-poll tieup with the Congress which catapulted his party’s H.D. Kumaraswamy to the chief minister’s post and kept the BJP out of power in the state.

However, sources in the JD(S) said his party also wants him to consider contesting from Karnat-aka North constituency in the Lok Sabha polls.

The BSP opened its account in Karnataka in the recent Assembly polls by winning the Kollegal seat.

Party’s N. Mahesh has since been made a minister in the Karnataka government and given the charge of primary and secondary education portfolio, a first for the party outside Uttar Pradesh.

Political analysts are viewing this as the BSP’s efforts to make its presence across India. Speculation is also rife that in case of a third front dispensation at the centre post 2019, Ms Mayawati can emerge as a Prime Ministerial face as her party might be the only regional outfit with a Pan-Indian presence.

Sources said, a rough seat-sharing arrangement has already been worked out in Uttar Pradesh according to which BSP gets 40 seats to contest, Samajwadi Party 29, Congress 8 and RLD 3.

The BSP will keep one seat aside for the JD(S) out of these 40 seats.