Katheria claimed that his security retaliated in self-defence after toll plaza employees roughed up his staff. 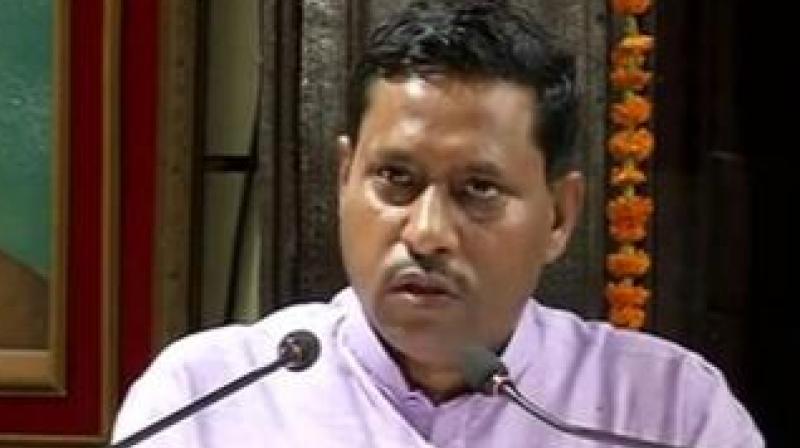 In the CCTV footage, the security personnel of the MP can be seen beating the employees before brandishing a gun and firing in the air. (Photo: Video grab)

Agra: A case has been registered against BJP lawmaker Ram Shankar Katheria and his security personnel for assaulting toll plaza employees in Agra on Saturday.

The case was registered under the sections of Indian Penal Code (IPC) on the basis of claims by toll plaza employees, who alleged Katehria and his staff of manhandling the toll plaza workers on July 6 at around 03:52 am.

"A case has been registered on the basis of the statement made by the toll plaza employees. The victims have been sent for the medical test. The video provided to us was being investigated. Strict action will be taken against those found guilty," Bablu Kumar, Senior Superintendent of Police told ANI.

Katheria, the BJP MP from Etwaha and also the Chairman of National Commission for Scheduled Castes, claimed that his security retaliated in self-defence after toll plaza employees roughed up his staff.

"My security did not attack toll plaza employees, they first attacked my people. Toll employees did not know other cars were part of my convoy; they thought some other car is slipping through behind mine. My security guard only fired in self-defence," Katheria told media.

The complaint, made by the toll picket workers at Etadpur Police Station, mentions the parliamentarian as well as his cavalcade of five cars and a bus present at the spot at the time of the altercation.

In the CCTV footage, the security personnel of the MP can be seen beating the employees before brandishing a gun and firing in the air.

"One of our colleagues appealed to Katheria's convoy to move their cars one by one through the toll plaza to avoid any damage to the vehicles. But the security personnel didn't listen and started thrashing the employee on duty. One of the employees came to me and asked for help. When I came to the spot, they also thrashed me with sticks and threatened to shoot with a gun," a toll duty employee told ANI.

The incident comes days after Prime Minister Narendra Modi advised party MPs to behave in a "responsible and cordial manner" after BJP legislator Akash Vijayvargiya was arrested for assaulting a civic official with a bat in Indore.