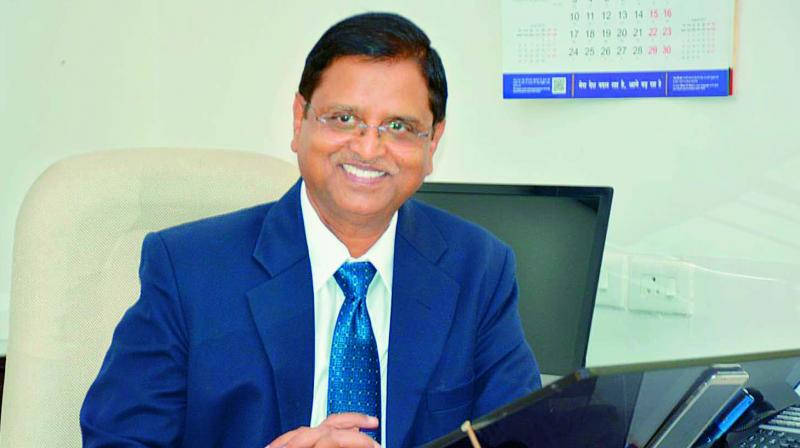 "This needs to be increased to Rs 85 lakh crore per year for the economy to achieve the five trillion dollar mark by 2025. This means an increase of 8 to 10 per cent growth in investment levels every year."

His comments came a day after Finance Minister Nirmala Sitharaman said while presenting the Union Budget for 2019-20 that the government will strive to make India an attractive FDI destination hub by easing rules for single-brand retailers and other sectors like aviation, media, animation and insurance sectors.

He said the government will tap additional sources of revenue like opening up sectors for private and foreign investments, besides the monetisation of assets.

The private sector needs to invest more in manufacturing and infrastructure to create employment opportunities for one crore people who enter the job market every year.

"If every year, one crore people come to the job market, then one cannot resolve the issue by employing 50,000 to one lakh people in government jobs.

Garg said the Union Budget focuses on economic growth by increasing production and services which will create more employment opportunities.

On fiscal deficit target, he said the target of 3.3 per cent of the GDP is a realistic estimate. "We are hopeful that this year there will be no upward revision unlike last year."

Raising import duty on gold from 10 to 12.5 per cent, Garg said the move will neither impact the industry nor will it hurt workers.

He also defended the government's move to raise taxes on petrol and diesel to part-fund the Budget besides imposing road and infrastructure cess to raise over Rs 28,000 crore.

"To promote electric vehicles, we have reduced taxes and interest rate deduction. These are well-targeted interventions that will give relief to the industry and consumers," said Garg.