Union Budget 2019: Energy sector to be fit for future

The focus on group captive can trigger massive interest of large international utilities to invest in the power sector, they feel. 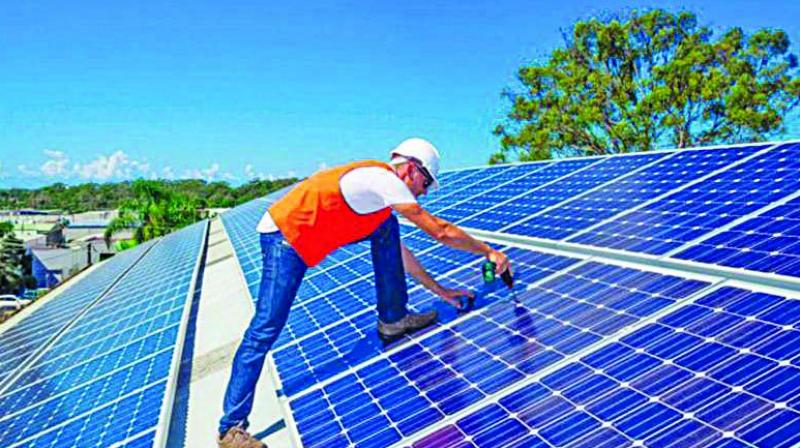 Experts feel that these moves can be transformational for attracting private investments to the sector.

Kolkata: Aspirations and support of manufacturing new age technologies — solar PV, EV, storage, batteries, charging infra as suggested in the Union Budget 2019-20 will go a long way in making the energy sector fit for future. Experts feel that these moves can be transformational for attracting private investments to the sector. The focus on group captive can trigger massive interest of large international utilities to invest in the power sector, they feel.

“The Budget augurs well for the country. I felt that there was excellent directional statements that was given to make India a super power within the 21st century.Basic efforts are evident to go from ease of doing business to ease of living. Promises of water, electricity, gas being made available to everyone are positive steps .However, when it comes to renewable energy (RE), the Budget does not spell out much specifics. But combining with the economic survey, there are certain intents and move to get RE to mainstream. For instance the assurance that farmers (the actual users) will get a minimum Rs 1 lakh per annum income through solar — either they install it themselves or let their lands to be used for solar installation is a welcome step. There are also efforts to get in outside expertise especially in areas of lithium ion batteries, solar PV, EV, storage, batteries, charging infra. However, I find lack of numbers to back up these intents or the numbers which have been quite similar to that had been mention
ed in the interim Budget” said Anjan Ghosh, director, Suncraft Energy.

Sunil Jain, CEO, Hero Future Energies, also said, “On the positive side, the increased focus on infrastructure spending should boost the economy. For the RE sector, it is disappointing that there is no mention of renewables, especially considering the ambitious targets that India faces. Allocations for solar parks and green corridor, to address the two key challenges for the sector of land acquisition and adequate evacuation infrastructure, would have been encouraging for the industry. The push for EVs and EV charging reiterates the government’s commitment towards Make in India. Would have been happier if there was support for battery manufacturing for EVs as well.”

“The industry was expecting a policy direction from the government to promote the manufacturing through Make in India program, especially in the renewable energy sector. Government announcement to launch a scheme aimed at encouraging global companies (through competitive bidding process) to set up mega-manufacturing plants in sunrise and advanced technology sectors appears to be a step forward in that direction,” said Rajendra Kumar Parakh, chief financial officer, Vikram Solar.