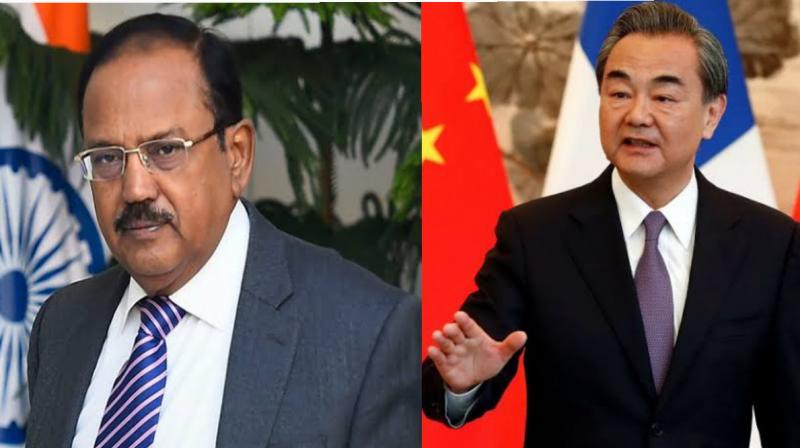 New Delhi: In what seems like a major breakthrough, India and China announced Monday they have agreed to ensure “complete disengagement” of troops--of both countries--along the Line of Actual Control (LAC) and de-escalation from border areas.

Both sides also decided to complete the ongoing disengagement process along the LAC “expeditiously and ensure a phased and stepwise de-escalation”.

It was also decided neither side will take any “unilateral action to alter the status quo” at the LAC and both nations will instead “work together to avoid any incident in future” that could disturb peace.

This was agreed in a telephonic conversation on Sunday between India’s national security adviser Ajit Doval and China’s state councillor and foreign minister Wang Yi, when both had a “frank and in-depth exchange of views on recent developments in the western sector of India-China border areas”, the Indian government said.

Doval and Wang are also their countries’ special representatives on the “boundary question” and the interaction reflects a move at higher levels in both nations to repair the enormous damage in ties in the past two months, especially after the deadly clash in Galwan Valley in mid-June.

A statement issued by Inda's Ministry of External External Affairs said: “They (Doval and Wang Yi) agreed it was necessary to ensure at the earliest the complete disengagement of troops along the LAC and de-escalation from India-China border areas for full restoration of peace and tranquillity. In this regard they further agreed both sides should complete the ongoing disengagement process along the LAC expeditiously. The two sides should also ensure a phased and stepwise de-escalation in the India-China border areas.”

It added: “They reaffirmed both sides should strictly respect and observe the Line of Actual Control and should not take any unilateral action to alter the status quo and work together to avoid any incident in the future that could disturb peace and tranquillity.”

The statement said the two state representatives “agreed both sides should take guidance from the consensus of the leaders that maintenance of peace and tranquillity in the India-China border areas was essential for the further development of our bilateral relations and that two sides should not allow differences to become disputes.”

This was a reference to reviving the earlier consensus between Modi and Chinese president Xi Jinping on bilateral ties that faced a severe jolt in recent times.