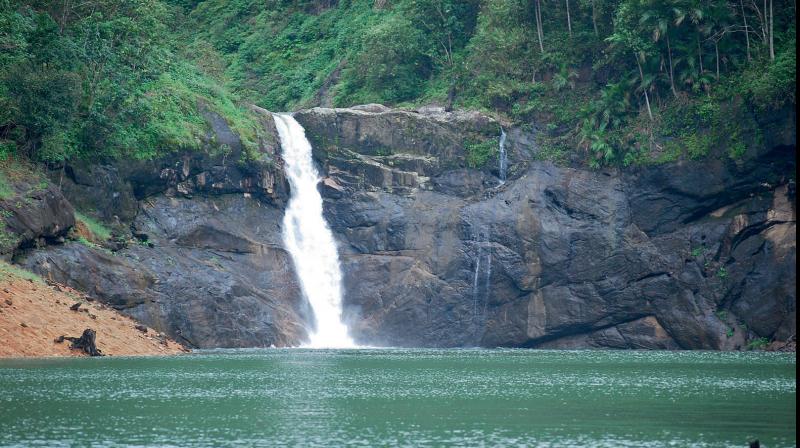 After the drowning death of five persons in Palghar, the police and local administration have now issued a ban on visits to waterfalls. (PTI Photo)

Mumbai: After the drowning death of five persons in Palghar, the police and local administration have now issued a ban on visits to waterfalls, lakes, dams and the sea shores to avoid any catastrophe amidst heavy rains. Those violating the order will be booked by the police.

The police had filed a case of accidental death after five persons drowned while taking a selfie at the Kalmandevi waterfall near Jawhar. The orders were issued on Sunday owing to rising footfall at these places amidst the Covid-19 lockdown. The police has been asked to step up patrolling in these places.

“The order banning the visits was the need of the hour and it will stay in force till the end of the monsoon for the safety of the people. The people are also being made aware of the ban. The police will also enforce the lockdown to avoid the incursions,” said an officer.

The five persons who drowned in the waterfall were later identified as friends and residents of the same neighbourhood. The families of the deceased were informed about the incident and the bodies have been handed over to them for conducting final rites.