India   All India  06 Sep 2019  Chandrayaan-2 set for historical landing; PM Modi to watch it live with children
India, All India

Chandrayaan-2 set for historical landing; PM Modi to watch it live with children

'Vikram' with rover 'Pragyaan' is scheduled for a powered-descent between 1 am and 2 am on September 7. 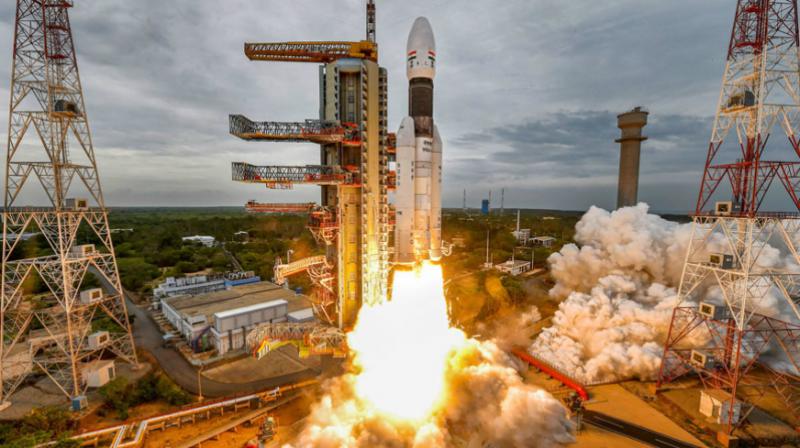 Bengaluru: Chandrayaan-2's landing module 'Vikram' will begin its final descent to pull off a historic soft landing on the lunar surface in the early hours of Saturday.

'Vikram' with rover 'Pragyaan' is scheduled for a powered-descent between 1 am and 2 am on September 7, followed by its touchdown between 1.30 am and 2.30 am.

Following the landing, the rover 'Pragyaan' will roll out from 'Vikram' between 5.30 am and 6.30 am.

According to officials, Prime Minister Narendra Modi will be present at the ISRO centre in Bengaluru to witness the landing. He will be joined by about 60-70 high school students from across the country.

ISRO Chairman K Sivan said the proposed soft landing on the moon was going to be a "terrifying" moment as the ISRO has not done it before.

Explaining the landing manoeuvres, Sivan had said once the manoeuvre starts from about 30 km to land on the surface of the moon, it will take 15 minutes.

Read | Landing will be like holding a newborn: ISRO chief on Chandrayaan-2's landing

"This 15 minutes travel of lander is new to ISRO. It is for the first time we are going to another body where there is no atmosphere and using the propulsion system we will have to break the velocity and bring the vehicle safely to soft land. To achieve this we will have to balance between the gravity and thrust. So we have to modulate the thrust of the engine," he had said.

If it makes a successful landing, India would become the fourth country after Russia, the US and China to achieve a soft landing on the moon. But it will be the first to launch a mission to the unexplored lunar south pole.

India's second mission to the moon was approved by the cabinet in September 2008, just before the launch of Chandrayaan 1.