The move was aimed at popularising science among the next generation. 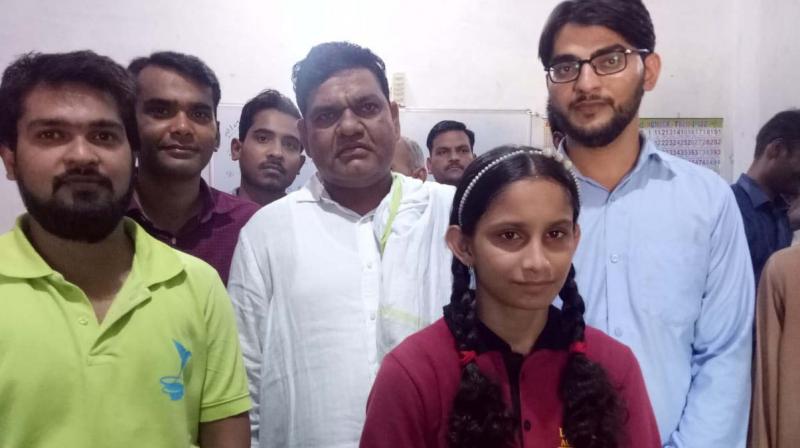 Bhopal: A girl from impoverished Chambal region, once a breeding ground of dreaded bandits, in Madhya Pradesh has been selected to witness the historic event of landing of Chandrayaan-2 on moon in the wee hours of September 8, along with Prime Minister Narendra Modi.

Nancy Gupta, student of class 9 of Drona Academy high school in Porsa in Morena district, part of Chambal region, on Thursday left for Bengaluru along with her father Krishna and teacher Raghavendra Singh Tomar to watch the spectacle in the facility of Indian Space Research Organisation (Isro) there.

“My daughter is excited to witness landing of Chandrayaan-2 on Moon along with PM. We have reached Bengaluru by flight from Gwalior in Madhya Pradesh on Thursday afternoon”, the proud father of Nancy told this newspaper.

Nancy was among 72 students in the country who were selected to witness the event along with the PM on the basis of their performance in an online quiz, conducted for the purpose.

The move was aimed at popularising science among the next generation.

“I will plead the Prime Minister to announce free education for girls in the country when I get the opportunity to meet him on the occasion”, Nancy’s father, who is a farmer, quoted her as saying.

Nancy has two siblings including a sister.

She nurtured the dream of becoming a scientist, her father said.