Under the new guidelines of the oil ministry, new petrol pumps must have an option of one alternative fuel 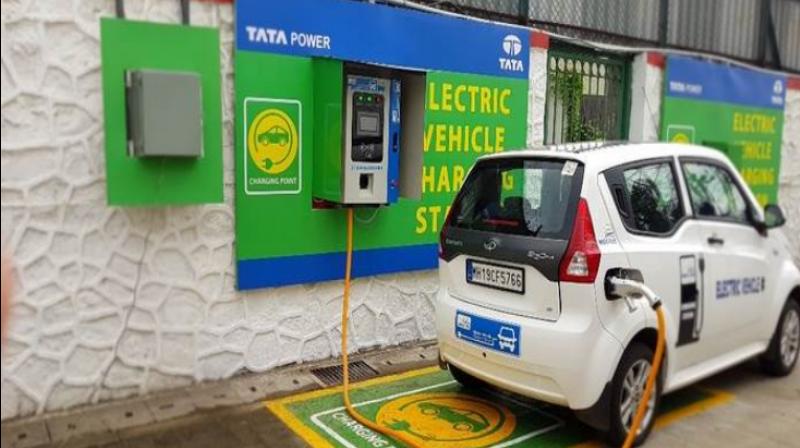 New Delhi: The government is mulling setting up at least one electric vehicle (EV) charging kiosk each at nearly 69,000 petrol pumps across the country to induce people to go for electric mobility.

Besides, the government is also thinking of making it compulsory to install EV charging kiosks at all Company-Owned, Company-Operated (COCO) petrol pumps of state refiners.

In a review meeting on EV charging infrastructure, Power Minister R K Singh suggested oil ministry top officials that "they may issue an order for their oil marketing companies (OMCs) under their administrative control for setting up charging kiosks at all COCO petrol pumps", a source said.

Other franchisee petrol pump operators may also be advised to have at least one charging kiosk at their fuel stations, the source said adding this will help achieve "EV charging facility at all petrol pumps in the country".

Under the new guidelines of the oil ministry, new petrol pumps must have an option of one alternative fuel.

"Most of the new petrol pumps are opting for electric vehicle charging facility under alternative fuel option. But it will make huge difference when the existing petrol pumps would also install EV charging kiosks," the source said.

According to the industry estimates, there are around 69,000 petrol pumps in the country. The EV charging facility at all petrol pumps could boost e-mobility in a big way as lack of such infrastructure discourages people from buying EVs.

The power ministry has also chalked out a plan to focus on Delhi National Capital Region, Kolkata, Chennai, Hyderabad, Bengaluru, Vadodara and Bhopal for creating EV charging infrastructure in cities as well as on highways to encourage people to switch over to electric mobility.

The source said, "The minister is of the view that putting up two or three charging stations in any city would be a waste of funds. Besides, the central government is looking at complete electrification of public transport in Delhi, which can later be followed in other cities."

Earlier in July, the power ministry banned the import of equipment (power) from prior reference nations (China and Pakistan).

The power minister directed officials in the meeting that no chargers shall be imported from prior reference countries as specified by the Ministry of Power, the source added.

Earlier, the power ministry had also made testing mandatory for power equipment imported from prior reference nations to check for any kind of embedded malware or trojans or cyber threat and for adherence to Indian standards.