India   All India  06 Sep 2021  Ganesh Chaturthi celebrations in districts with Covid rate below 2% in Karnataka
India, All India

As per order, the night curfew will continue in the state even during the celebration period 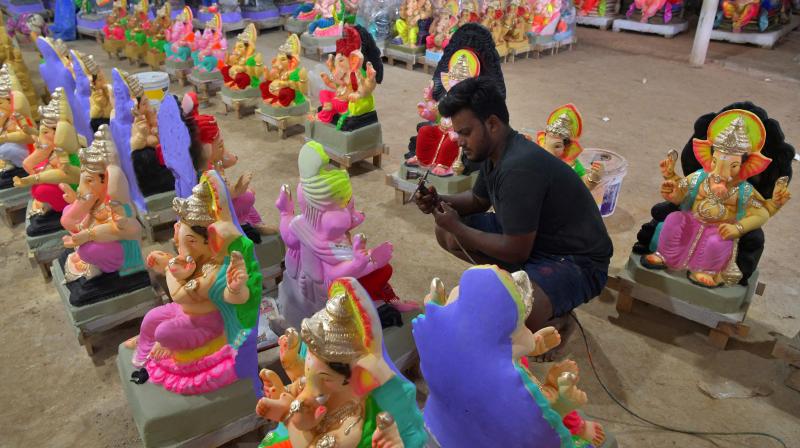 An artisan paints to give finishing touches to a clay idol of Ganesha ahead of the Ganesh Chaturthi festival in Bangalore on September 4, 2021. (Manjunath Kiran / AFP)

Bengaluru: The Karnataka government on Sunday allowed Ganesh Chaturthi celebrations with a set of restrictions in districts where the Covid positivity rate is less than 2 per cent.

Chief Minister Basavaraj Bommai held a special meeting with District Commissioners, district authority officers, experts, state revenue minister and health minister to discuss the pros and cons of Ganesh Chaturthi celebrations.
The government also held a discussion with the experts on the issue.
According to an order issued by the state government after the meeting, celebrations have been allowed only in districts with less than a 2 per cent positivity rate.

As per the order, the night curfew will continue in the state even during the celebration period.