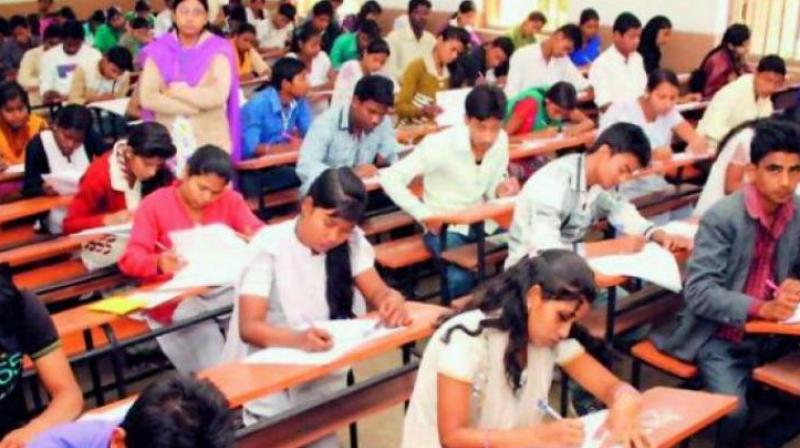 Lucknow: In an instance of the caste divide having percolated down to educational institutions, eight upper caste students had to be shifted out of their hostel in the Babasaheb Bhimrao Ambedkar Unity (BBAU)  in Lucknow after the Dalit students prevented them form performing puja in their rooms.

The upper caste students said that when they performed ‘puja’ in their rooms in the mornings, the Dalit students raised objections. “They have also asked us not to put up photographs of gods, goddesses and follow the ideology of dalits.

The BBAU administration has shifted the eight upper caste students from the Siddhartha hostel to the Kanishka hostel.

Dalit students are now demanding that the Siddhartha hostel for boys and the Chitralekha girls’ hostel should be reserved only for Dalit students.

The upper caste students, meanwhile, have blamed the university officials of promoting casteism and making no efforts to ease the caste tensions.

“We had informed the administration in writing in August that we were being prevented from performing puja in our rooms but the authorities made no efforts to resolve the matter which further encouraged  the Dalit students and they stopped the Vishwakarma Puja on September 17,” said an upper caste student. Dean Students’ Welfare Prof B S Bhadauria said, “Hostels cannot be divided on caste basis but in view of the situation, we had to shift eight students due to security reasons. The parents of these eight students also asked us to ensure their security”.

Vice chancellor BBAU Prof N M P Varma said that the students had been segregated so that the issue did not snowball into something bigger.

“The university administration cannot be expected to resolve such issues on a daily basis,” he said.

Babasaheb Bhimrao Ambedkar Unity, in the past too, has been a battlefield between Dalit and upper caste students and friction emerges at regular intervals.