India   All India  06 Oct 2021  Can't conclude investigation on basis of viral video: UP Police on Lakhimpur violence
India, All India

Can't conclude investigation on basis of viral video: UP Police on Lakhimpur violence 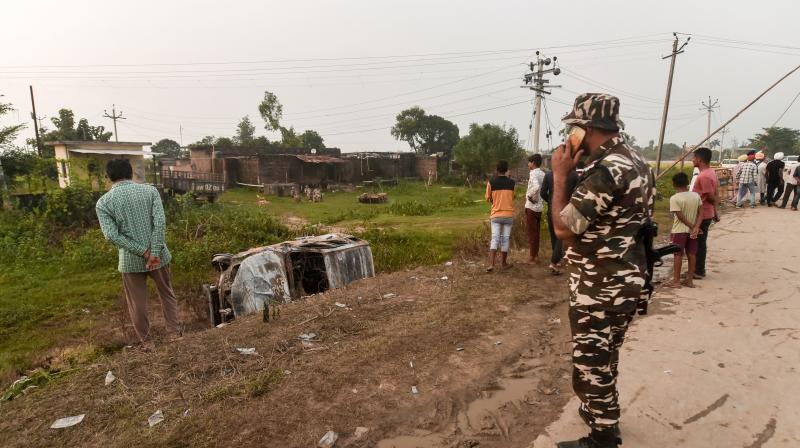 A security personnel stands guard while people take a look at the overturned SUV. (Photo: PTI)

Lakhimpur Kheri: Additional Director General (ADG) Lucknow Zone SN Sabat on Wednesday said that the police cannot conclude anything on the basis of one video and stated that more evidence are being investigated in the Lakhimpur Kheri incident.

"The viral video may prove as evidence in the incident but we cannot reach any conclusion by seeing just one video, said Sabat when asked a video showing farmers being run over by a vehicle.
However, the ADG denied answering questions regarding the ongoing investigation.

However, Ashish Mishra refuted SKM's allegations and said he was not present at the spot where the incident took place.

As many as eight people died in the Lakhimpur Kheri incident on Sunday, said Uttar Pradesh police.

MoS Teni also said that his son was not present at the spot, adding that some miscreants mingled with protesting farmers and pelted the stones at the car which lead to the 'unfortunate incident'.