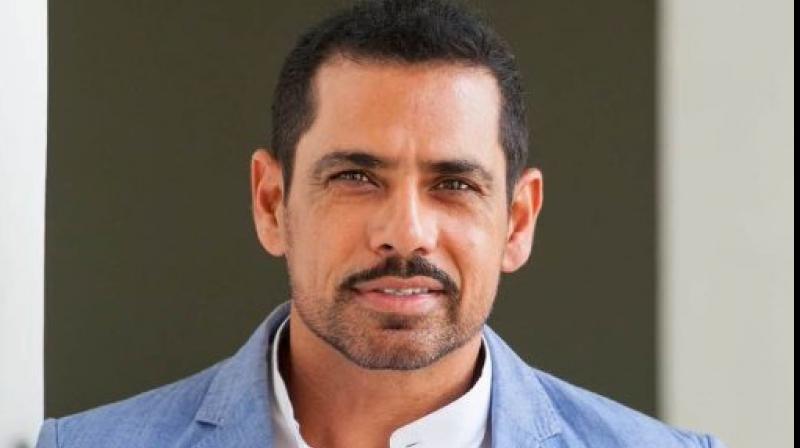 New Delhi: Robert Vadra on Wednesday claimed that he has been stopped from going to Lucknow to meet his wife and Congress general secretary Priyanka Gandhi Vadra, who has been detained in Sitapur while on her way to meet victims of violence in Lakhimpur Kheri.

In a Facebook post, Vadra also said that he was "shocked" at the manner his wife has been "arrested".

"I have been stopped to get to Lucknow, UP. to check on my wife and make sure she is fine and well. I am shocked beyond belief, how Priyanka has been arrested under Section 151 of the Indian Penal Code (IPC)," he said in the post.

Vadra said he spoke with Priyanka Gandhi on Tuesday and was informed that she has not been served with any order or notice. She has not been produced before a judicial officer and has not been allowed to meet her legal counsel, he said.

"I am really worried for her and I had packed my bag to go to Lucknow now, when I was informed that I won't be allowed to step out of the airport. This is totally shocking that as a husband I can't even go and support my wife," Vadra said.

"Thankfully, she has a huge support of the masses. But for me, my family and my wife comes first. I really hope and pray that she is released soon and is back home safe," he added.

Prohibitory orders have been imposed in Lakhimpur Kheri, where eight people, including four farmers, were killed in Sunday's violence during a protest, and in Sitapur, where Priyanka Gandhi has been in detention since Monday.