Expressing his faith in EC, he said the period between voting and counting is long, assurance for proper safety of VVPAT is required. 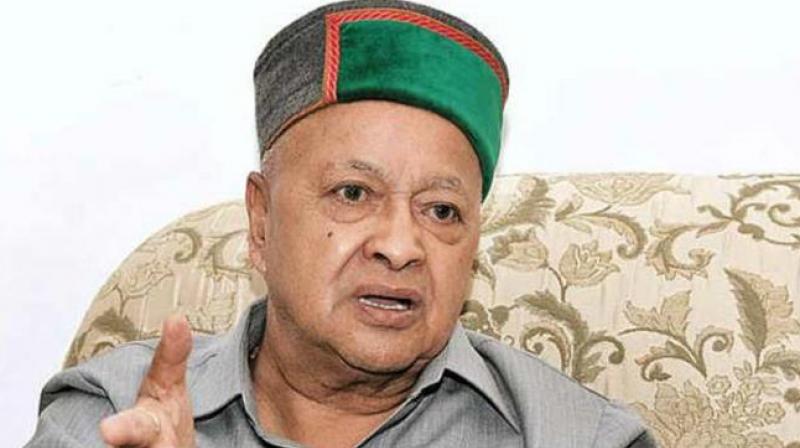 Himachal Pradesh CM and Congress leader Virbhadra Singh urged the EC to ensure proper security of VVPAT machines from the day of voting for the Assembly polls on Nov 9 till Dec 18, the date of counting of votes. (Photo: PTI)

Dharamshala: Himachal Pradesh Chief Minister and Congress leader Virbhadra Singh on Sunday urged the Election Commission (EC) to ensure proper security of Voter-verifiable paper audit trail (VVPAT) machines from the day of voting for the Assembly polls on November 9 till December 18, the date of counting of votes.

Expressing his faith in the poll panel, he said the period between voting and counting is long, assurance for proper safety of the machines is required.

VVPAT is a machine which dispenses a slip with the symbol of the party for which a person has voted for. The slip drops in a box but the voter cannot take it home.

Commenting about Prime Minister Narendra Modi's speeches in poll-bound Himachal Pradesh on Sunday, Singh said the language being used by Modi does not match with the dignity of the chair and from this one can imagine the standard of his party too.

Describing the Himachal Pradesh election as a "one-sided" contest, Prime Minister Narendra Modi on Sunday accused the Congress of running away from the battlefield and said it had nothing left to do but grieve in the coming days.