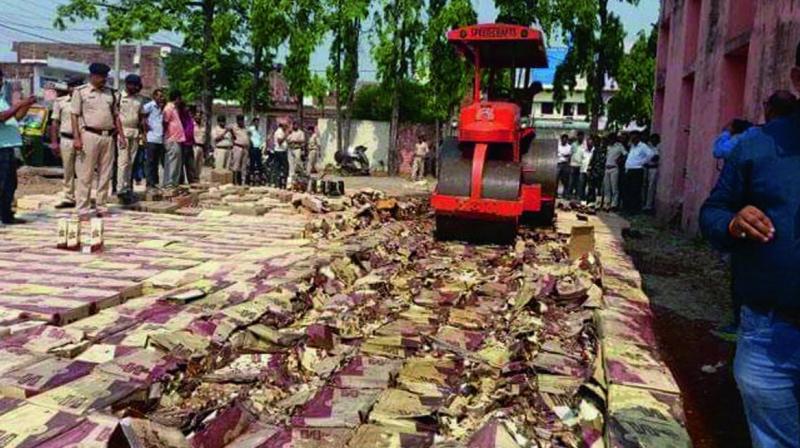 Patna: Last month's four deaths in a hooch tragedy in Bi-har’s Rohtas district have bared the chinks in the state's liquor ban.

Embarrassed by the incident, chief minister Nitish Kumar went into a huddle with officials to discuss problems being faced in curbing sale of illegal liquor in the state despite 77,000 FIRs being lodged and over 90,000 people being arrested in the "dry" state in past one year.

The state government has been under attack from the Opposition after four persons died due to consumption of spurious liquor that was allegedly being manufactured and sold with the help of local police officials.

Sources said that the state's liquor mafia smuggles truckloads of alcohol from Jharkhand, Uttar Pradesh and Haryana. Liquor smuggling from Nepal is also thriving, reducing the prohibition to a joke.

Reports also suggest that the most sought after liquor brands are being delivered at customers' doorstep..

RJD chief Lalu Yadav recently said that "policemen in Bihar have become malamaal (rich) with bribes that they take for allowing mafias to smuggle liquor from other states. Liquor prohibition has flopped badly".

The BJP which was in the Opposition when the state government had imposed the ban on liquor had termed the move as "draconian" and "anti-people".

"People are dying because prohibition imposed by Nitish Kumar has flopped," said Leader of the Opposition in the Assembly Tejashwi Yadav.

The Rohtas hooch tragedy was the second incident since the ban was imposed in Bihar on April 5, 2016.  In August 2016, around 18 people had died due to spurious country-made liquor in Gopalganj district.

A stringent excise law was brought into force in October 2016 after the Patna high court had quashed the previous prohibition law.

Officials claim that all is not so gloomy about the liquor ban. A total of  5,26,010 litres of Indian Made Foreign Liquor (IMFL), including beer, and 3,10,292 litres of country-made liquor in the last one year. Over 5,00,000 raids have been conducted so far.

Possession, consumption  or conniving to sell liquor was made a criminal offence under the new prohibition law which recommended imprisonment up to 10 years and a fine of Rs 1 lakh to 10 lakh. The prohibition law puts a major responsibility on district collectors to check illegal liquor sale.