A proposal for a salary hike for these judges is also pending before the Union Cabinet for a final clearance. 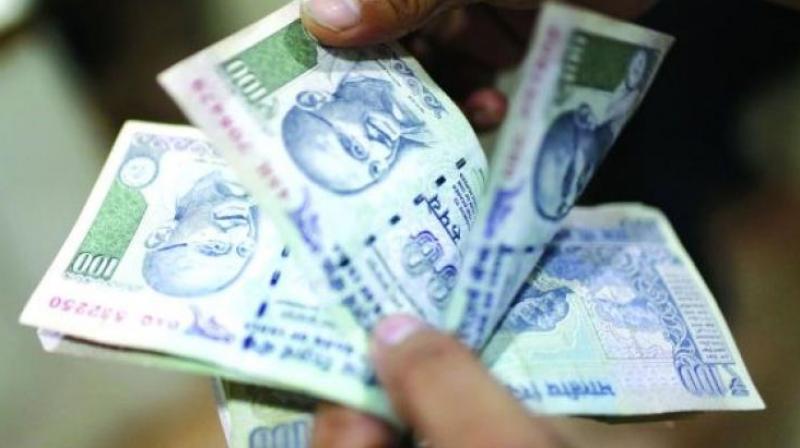 Earlier a committee of judges had recommended a pay hike of Rs 2.8 lakh for Supreme Court judges and Rs 2.5 lakh for high court judges. (Photo: PTI)

New Delhi: Centre has increased the dearness allowance of Supreme Court judges and those of 24 high courts across the country. A proposal for a salary hike for these judges is also pending before the Union Cabinet for a final clearance.

Law ministry’s department of justice has in a communication to the secretary-general of the Supreme Court as well as Registrar Generals of the High Courts informed that DA of these judges has been revised to 139 per cent with effect from July 1. `This is at the same rates of 139 per cent as are admissible to the members of the all-India service,’’ the letter states.

One of the Bill deals with salary and allowances of the Supreme Court judges, while the other with that of  the salary of the High Court judges.

Sources in the government said the issue is under active consideration and a bill to amend The high court and the Supreme Court Judges (Salaries and Conditions of Service) Amendment Act may come up in the Winter Session of Parliament.

Earlier a committee of judges had recommended a pay hike of Rs 2.8 lakh for Supreme Court judges and Rs 2.5 lakh for high court judges. However, government sources claimed that the salary increase may not be the same as recommended by the committee but in line with the Seventh Pay Commission and once approved by the Cabinet and later by Parliament it would be implement with effect from January 1, 2016.

The matter, sources added was under “active consideration” of the Government and Cabinet is expected to approve it soon.

The sanctioned strength of judges in the Supreme Court is 31 while in 24 High Courts it is 1,079 though there are several vacancies.