India   All India  06 Nov 2019  Men, women in uniform need to be protected by seniors: Kiran Bedi on police protests
India, All India

Men, women in uniform need to be protected by seniors: Kiran Bedi on police protests

Bedi faced similar situation in Jan 1988 when a lawyer arrested for theft was brought to Delhi's Tis Hazari court in handcuffs. 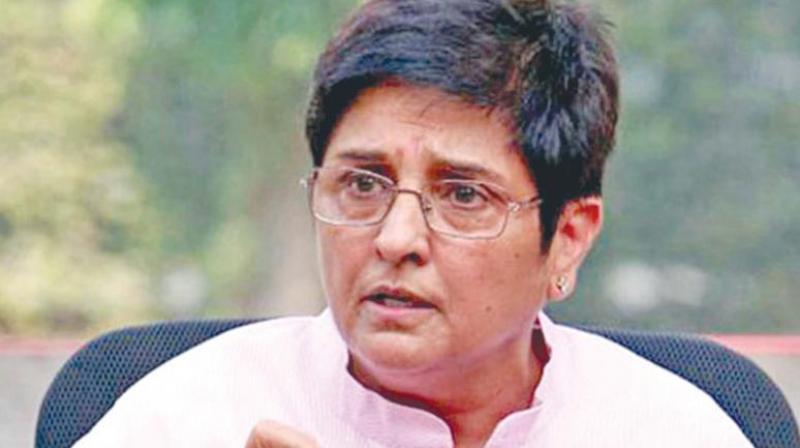 Bedi was referring to a similar incident that had taken place during her tenure as the deputy police commissioner in 1988. (Photo: File)

New Delhi: Reacting to Tuesday’s protest by police personnel in Delhi, the Lieutenant Governor of Puducherry Kiran Bedi said men and women in uniform need to be protected by their seniors.

Slogans of ‘Police commissioner kaisa ho, Kiran Bedi jaisa ho’ had been raised during the protest led by thousands of police personnel over the recent clashes with the lawyers. The protesters policemen were seen carrying posters of Kiran Bedi that read "we miss you" and chanted slogans of "aa gayi aa gayi sherni aa gayi (the lioness has come)". They placed it right on the top of the entrance of the Police Headquarters building in central Delhi.

Bedi, in her statement wrote: “When Police men and women perform their duty fairly, firmly, fearlessly and responsibly, they need to be protected by their seniors.”

Bedi had advised Delhi Police to remain firm on its stand as she had in 1988. “I remained firm and refused to budge to the demand of the lawyers seeking suspension/arrest of the cops responsible for handcuffing the advocate," she had said.

“Such actions are the defining moments of police leadership...As mine did in Jan 1988. We then did not have viral videos. Technology now speaks and provides evidence for and against. There are lessons to be learnt for all, from this incident yet again. Key is, are we willing?” her statement read.

Bedi was referring to a similar incident that had taken place during her tenure as the deputy police commissioner in 1988. The fight had begun in January of that year with the arrest and handcuffing of a lawyer for petty theft.

Lawyers at the Tis Hazari complex had immediately gone on strike, charging that lawyers were not supposed to be handcuffed in such cases.

The strike had quickly spread nationwide and led to two violent clashes, in which the lawyers charged that Bedi had failed to protect them. The lawyers had alleged that of the two separate attacks on a group of lawyers - one was engineered by Bedi and other ordered by her.

On Monday, thousands of police personnel protested outside Delhi Police headquarters after violent clashes between cops and lawyers at the city's Tis Hazari court complex on Saturday. The protests ended at night after assurances of action from Lieutenant Governor Anil Baijal and the top police officers.