Hospital authorities deny charge, say relatives took away patient even she was not declared dead 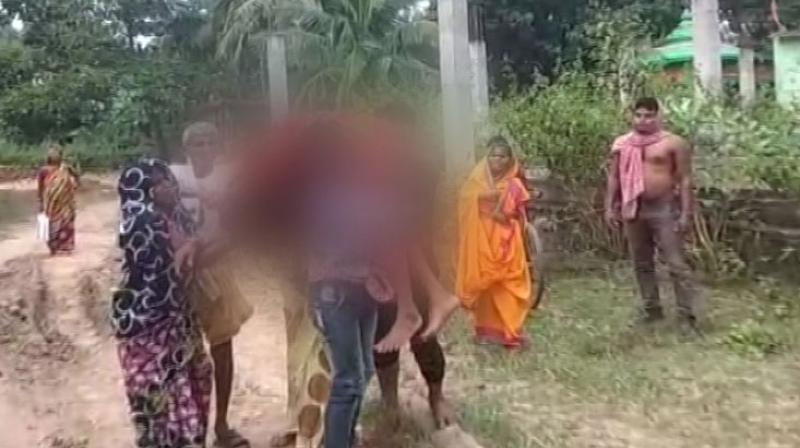 Youth in Odisha’s Ganjam district carrying body of his mother on shoulders as authorities did not provide hearse van.

Bhubaneswar: A youth carried his mother’s body on shoulders for two kilometers as the government-run hearse van ‘Mahaprayan’ allegedly was not provided to them, reports said on Thursday.

According to reports, Laxmi Gauda, a resident of Badagada village under Sorada block in Odisha’s Ganjam district was on Wednesday admitted at the local Community Health Centre (CHC) after she complained of respiratory problems. She died during treatment at the hospital.

Laxmi’s family members alleged that when they asked the hospital authorities to provide a hearse van to carry the body to their residence, the authorities did not pay any heed to their request, stating that no such facility was available at the hospital.

The family members alleged that the hospital authorities even forced them to shift the body at the earliest. Though they tried to hire an autorickshaw and even a tricycle, no one agreed to carry the body suspecting that she might have died of Covid-19, they said.

Left with no option, the deceased son, Basant, carried her body on his shoulders for two kilometres to reach the village.

“My mother was taken to the hospital after she developed difficulties in breathing. She died while undergoing treatment at the hospital. When we asked for a vehicle to take her body, the hospital authorities told us that such facilities were not available. Finding no other way, I had to take my mother’s body on my shoulders to reach home,” alleged Basant.

Hospital-in-charge, Bhagawan Sahu, when contacted, said that the patient was gasping for air when she was brought to the hospital. We immediately admitted the patient and treatment was provided to her.

“We had informed the patient’s condition to those accompanying her. She was given treatment. However, without informing anybody, the family members took the patient away even though she had not been declared dead by the doctors at the hospital. We had even sent an Ayush doctor to their house but the patient had died by then,” claimed Sahu.