The BSP supremo further said the people will not be influenced by BJP's tactics. 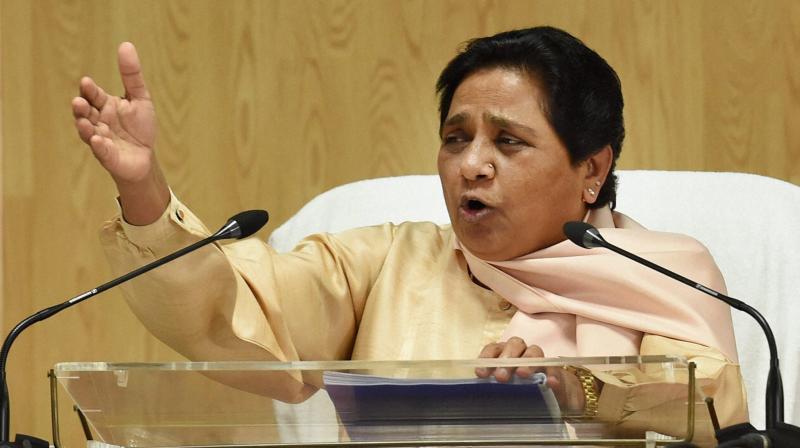 Lucknow: Bahujan Samaj party (BSP) supremo Mayawati on Tuesday alleged that the Bharatiya Janata Party (BJP) and Rashtriya Swayamsevak Sangh (RSS) want to impose Hindutva in the nation as the Indian Constitution, based on secularism, drafted by Dr B.R. Ambedkar is not acceptable to them.

"Dalits, Adivasis, backward communities and minorities have struggled in India. To make this people safe, Dr. Ambedkar drafted our Constitution on the basis of religious equality which isn't acceptable to the BJP and RSS. They want to impose Hindutva. The BJP and the RSS do not like the Constitution," she said.

The former Uttar Pradesh chief minister, who was speaking on the 61st death anniversary of Dr Ambedkar, also used the occasion to lambast the Congress Party.

"These people want to change it and you need to be careful with them. Dr. Ambedkar said the Congress and BJP tried to divide the society," she said.

The BSP supremo further said the people will not be influenced by BJP's tactics.

"In the name of Babasaheb, the opposition parties have spread confusion. These parties have made differences between Dalits and backward classes. The people got their rights during the BSP regime," she added.

Eyeing upon the throne of Lucknow, Mayawati also trained guns at the Akhilesh Yadav-led Samajwadi Party while alleging that public money is wasted in the name of "Saifai Mahotsav"