India   All India  06 Dec 2019  Matter of worry how people have lost faith in system: Delhi CM on T'gana encounter
India, All India

Matter of worry how people have lost faith in system: Delhi CM on T'gana encounter

The AAP leader's comments came in after the four accused in the Telangana vet's rape and murder were killed in an encounter by the police. 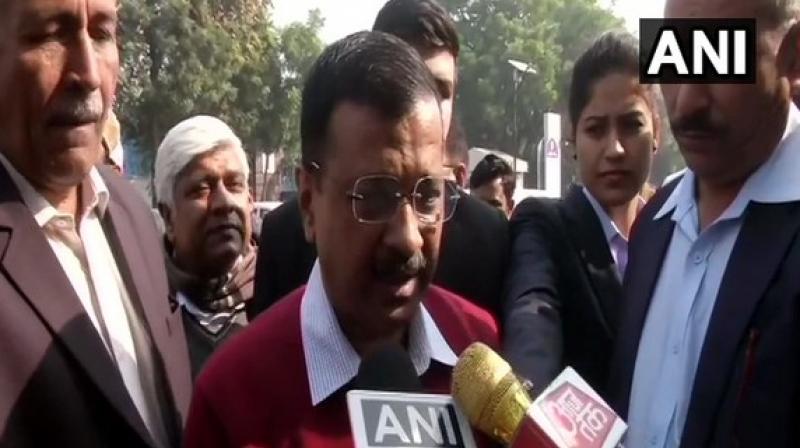 'Together all the governments will have to take action on how to strengthen the criminal justice system," Kejriwal added. (Photo: File)

The AAP leader's comments came in after the four accused in the Telangana vet's rape and murder were killed in an encounter by the police.

"The rape cases that have come to light of late, people are in anger whether it is Unnao or Hyderabad, so people are expressing happiness over the encounter," Kejriwal told media here when asked about the Telangana encounter in which all the four accused in the rape and murder of a woman veterinarian in Hyderabad, were killed on Friday morning.

According to the police, all the four were being taken to the scene of the crime, where the charred body of the doctor was found, when they allegedly attempted to escape.

"The accused Mohammed Arif, Naveen, Shiva and Chennakeshavulu were killed in a police encounter at Chatanpally, Shadnagar today in the wee hours, between 3 am and 6 am. I have reached the spot and further details will be revealed," Cyberabad Police Commissioner V C Sajjanar said.

The four accused were arrested and were in judicial custody and lodged in high-security cells at Cherlapally Central Jail in Hyderabad.

DCP Shamshabad Prakash Reddy said, "Cyberabad Police had brought the accused persons to the crime spot for re-construction of the sequence of events. The accused snatched weapon and fired on Police. In self-defence the police fired back, in which the accused were killed."

Police said that the veterinarian was brutally raped and killed by the accused, who burnt her body in Shamshabad area on November 27. Her charred body was recovered on November 28.