Rao, not Rajiv, to blame for 1984 riots: Manmohan Singh

Sukhbir Badal calls it ‘a shocking attempt to shift blame’. 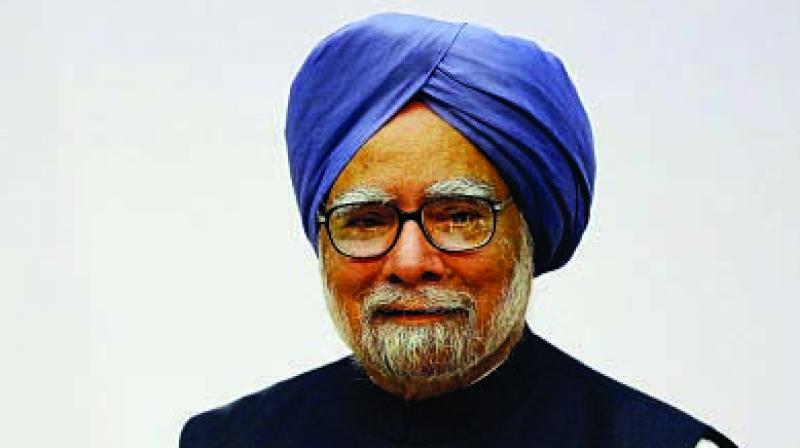 New Delhi: Giving then Prime Minister Rajiv Gandhi a clean chit, former Prime Minister Manmohan Singh has put the blame on then home minister P.V. Narasimha Rao for the escalation of the 1984 anti-Sikh riots. Dr Singh said the riots could have been avoided if Narasimha Rao called in the Army to intervene and stop the violence.

Speaking at an event on the birth centenary of former PM Inder Kumar Gujral in New Delhi on Wednesday, Dr Singh said Gujral had informed Rao that the situation was grave. He said: “When the sad event of 1984 took place, Gujralji on that very sad evening went to then home minister Shri (P.V.) Narasimha Rao and told him the situation is so grave that it is necessary for the government to call in the Army at the earliest. If that advice had been heeded, perhaps the massacre that took place in 1984 could have been avoided.”

Dr Singh said both Gujral and he shared the same legacy of being Pakistani refugees who went on to become Prime Ministers of India. “Gujralji and I were born in the same district of Jhelum in Pakistan and that was a bond which sustained us for a large part of the journey that he and I have travelled together (to become PMs)...”

Born in Jhelum on December 4, 1919, Gujral hailed from a family of freedom fighters and actively participated in the freedom struggle since 1931 and went to jail in 1942 during the Quit India Movement. He served a brief stint as India’s 12th PM and also became the third PM to be elected from the Rajya Sabha after Indira Gandhi and H.D. Deve Gowda.

Dr Singh, as Prime Minister, had apologised for the 1984 riots that broke out after the assassination of Indira Gandhi in 1984 by her Sikh bodyguards. Over 3,000 people were killed in the massacre and many Congress leaders are facing allegations of leading mobs to attack Sikhs. “I have no hesitation in apologising to not only the Sikh community but also to the nation. I bow my head in shame that such a thing happened,” the Congress leader had said on the floor of the House.

Taking a snipe at Dr Singh, the BJP asked if Narasimha Rao was “so bad”, why had he chosen to become the finance minister in his government in 1991. Union minister Prakash Javadekar blamed Rajiv Gandhi, who succeeded his mother Indira Gandhi as Prime Minister that very night, for the riots, saying the PM has the right to order Army deployment in such a situation.

“In a way, Rajiv Gandhi supported the massacre with his subsequent comments that the earth shakes when a big tree falls,” Mr Javadekar told reporters. Shiromani Akali Dal leader Sukhbir Singh Badal said he was “deeply pained and disappointed” with Dr Singh’s remarks, and said it was “a shocking attempt to shift blame” from  Rajiv Gandhi. He said: “Relevant government records clearly show that the decision against Army deployment was taken at a meeting held at the residence of Rajiv Gandhi.”

Mr Badal said: “It is shocking because it comes from Manmohan Singh, whom we have always genuinely respected. It is inappropriate and indecorous as it involves two former Prime Ministers, P.V. Narasimha Rao and I.K. Gujral, neither of whom is alive to respond to this claim. It is intriguing why Dr Singh kept quiet on this all those years when Rao and Gujral were around to confirm or deny this claim.” The Akali leader added that Dr Singh’s “statement, however, clearly vindicates our stand that independent India’s worst and most tragic massacre could easily have been averted if Rajiv Gandhi haf allowed the Army to be called in time to deal with a crisis of unimaginable and unprecedented magnitude”.

Mr Subash said: “As a family member I am feeling saddened by this statement by Dr Manmohan Singh, it is unacceptable. Can any home minister take independent decisions without the Cabinet’s approval? If the Army had been called, it would have been a disaster.”