Hindi as the official UN language 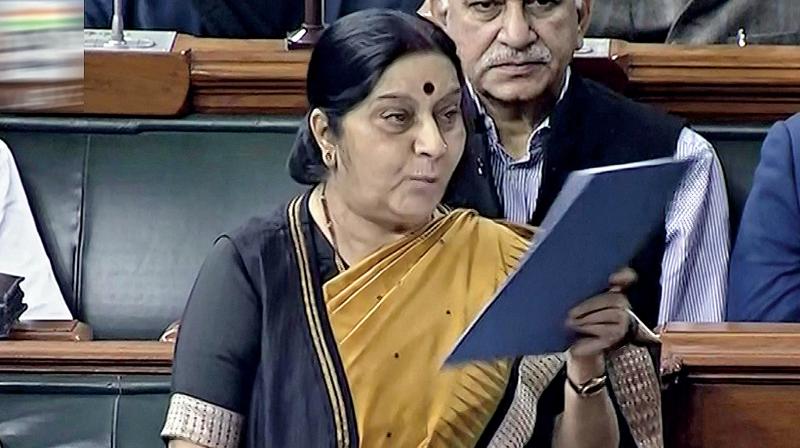 Sushma Swaraj and Shashi Tharoor had a heated debate on the floors of the Lok Shabha on Friday about whether Hindi should be made an official language for India at the United Nations (UN). While Sushma pushed for the language to be made official, Shashi pointed out that Hindi was not even the national language of India and hence shouldn’t be considered as the official language at the international level. He added that it would be unfair to any future foreign ministers and Prime Ministers who don’t prefer to communicate in Hindi, since would be put in a difficult spot. We ask prominent social thinkers and politicians if a country as diverse as India can even have one official UN language and, if so, whether Hindi could be the appropriate choice.

‘Perhaps english instead of hindi as a medium works best’
Fatima Agarkar, Educationist
For a diverse country like India, having an official ‘language’ of communication could help the representation of the diversity at a global level. This could demonstrate our unity as a nation. We are a melting pot of cultures, traditions, and hundreds of languages with thousand dialects. However, what that language should be is a matter of debate for sure. If it is a global platform and we remain progressive as a nation, perhaps English as a medium of communication works best? This may be a neutral path instead of engaging in yet another debate on national language or language of choice.

‘Hindi as an official language isn’t a solution’
K. Venu, social thinker
In a multilingual country like India, it is not quite all right to insist on an official language. Like Shashi Tharoor pointed out, it is not a practical solution since the country could have a representative who doesn’t speak Hindi. At the same time, if there are such rules that mandates an official language, and I am not sure about such rules, we may need to find one. India is a large country and if a majority speaks Hindi, perhaps it can be considered, but only after a mutual understanding among all the states.

I have observed that the mainstream politics is incessantly trying to intimidate us with Hindi language through many ways: UPSC exams are only in Hindi and English, most government boards are in Hindi and so on. I completely agree with Shashi Tharoor. I feel that India has a richness and beauty in its diversity of language and culture and nationalising the Hindi language will surely spoil the very identity of our nation.

‘One shouldn’t look to govern this country with one language’
Kuljeet Singh, Assistant professor at Department of English, SGTB Khalsa College (DU)
North India doesn’t represent the whole country. So if someone wants to push for Hindi as the official language, then I would like know, the nuance of the language from which state they are referring to. Is it the Hindu from Madhya Pradesh, or the Hindi from Uttar Pradesh? This is a deliberate attempt to make a language dominant. Forcing South Indians to embrace Hindi means that the basic fabric of India, which is multi-linguistic, multicultural, diverse and plural in nature, is being degraded. One shouldn’t look to govern this country with one language. The idea of India lies in its pluralism and we must respect that.