India   All India  07 Jan 2018  In UP, bureaucrats play mentors for college students
India, All India

In UP, bureaucrats play mentors for college students

Gonda district administration will shortly be sending its report to the state government. 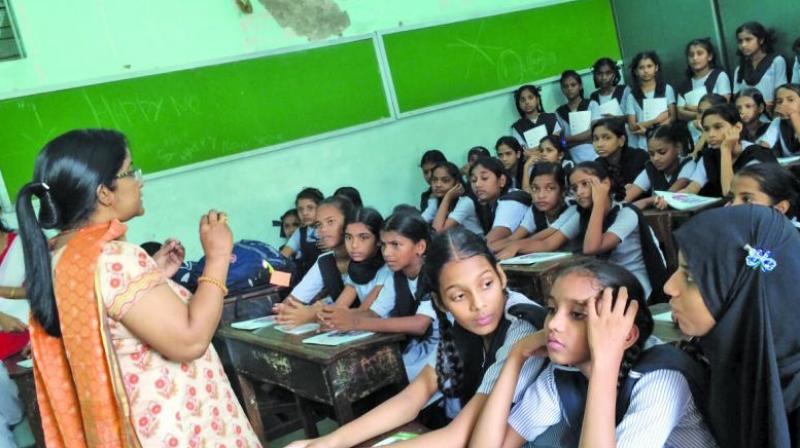 Lucknow: Administrative officers as school teachers may sound unusual, but in Gonda district, this initiative has been launched in the name of “My Officer, My Mentor” programme.

The CDO asked the student to freely ask questions and after initial hesitation, the students flooded her with questions. “The children are bright and intelligent and they need to be motivated to ask questions instead of learning by the rote method. It has been an elevating experience for me and I hope it has been the same for the students”, she later told reporters.

SDM Archana Varma, (also an IAS) officer, on the other hand, interacted with students on their career options. The students posed several queries to her which she answered patiently.

District magistrate J.B. Singh and SP Umesh Kumar Singh, however, chose to occupy the back bench of the classroom and watch the interaction between the officers and students.

“We have started this programme on an experimental response and the response has been tremendous. We have decided that we will come to schools to take classes whenever we get time from our administrative duties. This will create a bond with the children and also encourage other teachers to take more interest in their teaching duties”, said Ms Mittal.

Rajesh Kumar, an intermediate student of the college, meanwhile, found the experience of being taught by an administrative officer as “bahut badhiya (very good)”.

He said that the officers appeared “friendlier than the teachers” and he and his friends looked forward to more such interactions because there was no fear of punishment.

Meanwhile, the district administration will shortly be sending its report to the state government and hopes that the programme will be extended to other districts too.