India   All India  07 Feb 2017  No conspiracy in Jayalalithaa case: Doctor
India, All India

No conspiracy in Jayalalithaa case: Doctor 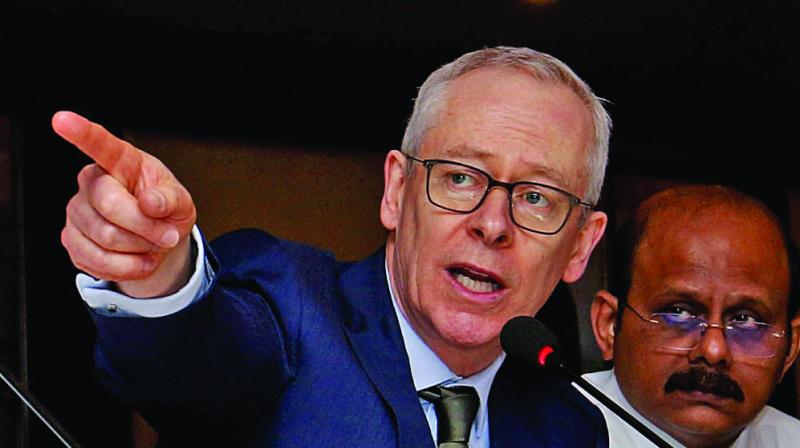 Consultant Dr Richard Beale, who attended to the late chief minister during her 75-day stay at Apollo Hospitals, said she died of cardiac arrest, ruling out any conspiracy in the matter.

“The nuts and bolts of this medical case are perfectly straightforward. There is no question of poisoning at all,” Dr Beale told reporters at a news conference arranged by the Tamil Nadu government.

The state government wants to end rumours and allegations, and even some court petitions, about the late leader’s hospitalisation and death on December 5, 2016.

“There was no conspiracy; nothing strange happened during her treatment at Apollo. We put our best effort to save her life,” Dr. Beale said. Jayalalithaa was rushed to Apollo on September 22 last year.

“It was a witnessed cardiac arrest and cardiopulmonary resuscitation was started immediately for 20 minutes,” the British doctor said.

“Later she was put on extracorporeal membrane oxygenation (EGMO). But her heart didn’t respond even after 24 hours, and then we decided that it was futile to continue therapy,” he said.

EGMO is a technique of providing both cardiac and respiratory support to patients whose heart and lungs are unable to provide adequate amount of gas exchange to sustain life.

“The matter was shared with all doctors, ministers, government of India, and others concerned,” Dr. Beale said, flanked by Dr P. Balaji of Madras Medical College and Dr K. Babu of Apollo Hospitals.

One of the doctors said the news conference (at a hotel) was “facilitated by the government” and there was “no political pressure” on them to hold the meeting.

Jayalalithaa had been on and off the ventilator and also interacted with the medical staff, they said. She was admitted for dehydration and fever, but her condition worsened. Infection spread to organs and led to shortness of breath.

On her response to the treatment, Dr Beale said that for a period of time, she was treated with non-invasive ventilation, and her initial condition improved.

But sepsis progressed and it became necessary for her to go on a ventilator. “Sepsis can affect quickly and a person can fall sick within hours. Bacterial infection was the underlying problem,” he added.

Jayalalithaa did not want to be shifted to London, though the doctors reviewed the option of transferring her to there.

“There were risks while transporting critical case patients, particularly over such long distances. Besides, the facilities at Apollo are first-grade and there are experts here. In later stages, she herself did not want to be transferred,” Dr Beale said.