9 injured after explosion in Bhopal-Ujjain passenger train; ATS probe on

The Madhya Pradesh government announced Rs 25,000 compensation to the injured and Rs 50,000 to the critically injured persons. 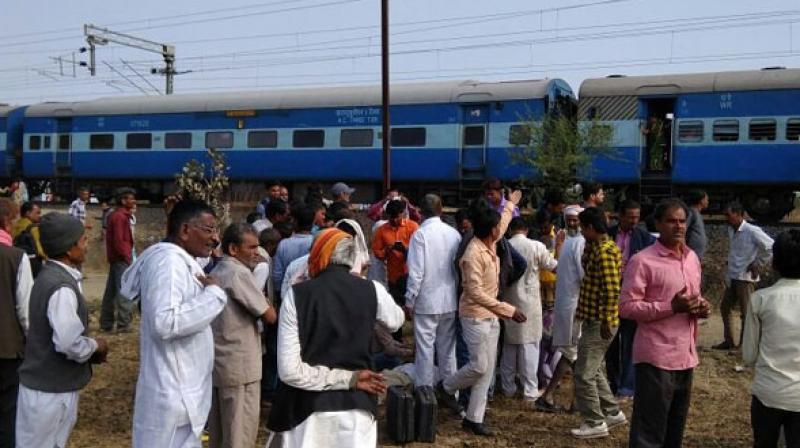 People gather around the train as it is brought to a halt. (Photo: Twitter)

Shajapur: At least nine people were injured after an explosion took place in Bhopal-Ujjain passenger train on Tuesday in Madhya Pradesh's Shajapur district.

As per the reports,the incident took place at around 9:45 am.

Taking cognizance of the Bhopal-Ujjain passenger train blast, Madhya Pradesh Chief Minister Shivraj Singh Chouhan on Tuesday said he is observing the situation personally, adding that an investigation has been initiated by the Anti-Terrorism Squad (ATS) and forensic teams.

"The Superintendent of Police and collector are present at the spot. ATS and forensic teams are investigating under Director General (DG). I am also observing the situation personally," Chouhan said.

"All officers already reached the spot and at least nine are injured in which two are critical. The investigation is on and according to initial reports there is an odour of gun powder," Madhya Pradesh Home Minister Bhupendra Singh said.

However, the reason behind the explosion is not known as yet.

The guard of Bhopal-Ujjain passenger train informed the passengers at 9:50 am about the explosion that took place ahead of guard coach, next to front of sleeper class, while the train was on run in block section between the Jabdi and Kalapipal stations.

Meanwhile, the Madhya Pradesh government announced Rs 25,000 compensation to the injured and Rs 50,000 to the critically injured persons.