New Delhi has provided ample evidence to Islamabad over involvement of top Lashkar-e-Taiba commanders in the November 26, 2008 attacks. 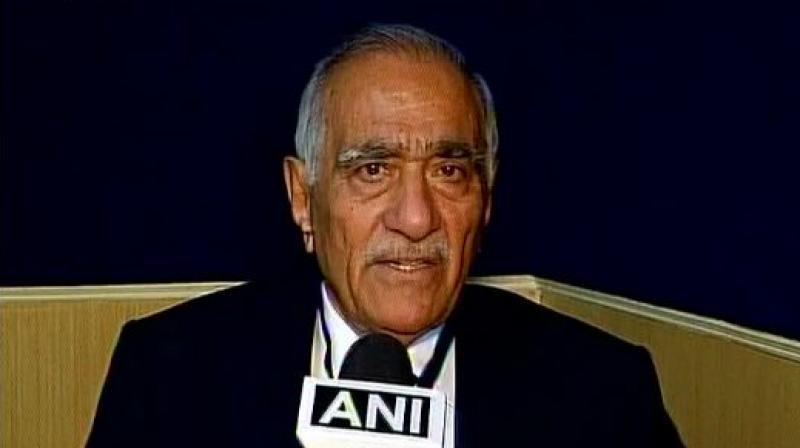 New Delhi: Pakistan former National Security Advisor Mahmud Ali Durrani on Tuesday said that people from both India and Pakistan would not see good times without peace between the two countries.

Talking about the influence of China on Pakistan, Durrani said, "The world is complicated, interlinked people are not their own and there are other nations which have interests and primary focus should be on India and Pakistan themselves. They should decide that they want peace. Other powers are influence but if two powers are mature enough then that doesn't matter. China is a big power in the region, they have an influence. the US has an influence. Europe has an influence."

Durrani on Monday said that the 2008 Mumbai attack was a "classic example" of cross-border terrorism carried out by a Pakistan-based group, prompting a quick reaction from India that said there was nothing new in the claim.

Durrani, a retired army general, was the National Security Advisor to the Pakistani government when 10 Pakistani terrorists sneaked into Mumbai after hijacking a boat and killed at least 164 people and wounding 308 across the city.

New Delhi has provided ample evidence to Islamabad over involvement of top Lashkar-e-Taiba commanders in the November 26, 2008 attacks.

However, Pakistan has denied all such allegations blaming 'non-state actors' for the incident.