Durrani also said that Jamaat-ud-Dawa chief Hafiz Saeed has no utility and Pakistan should act against him. 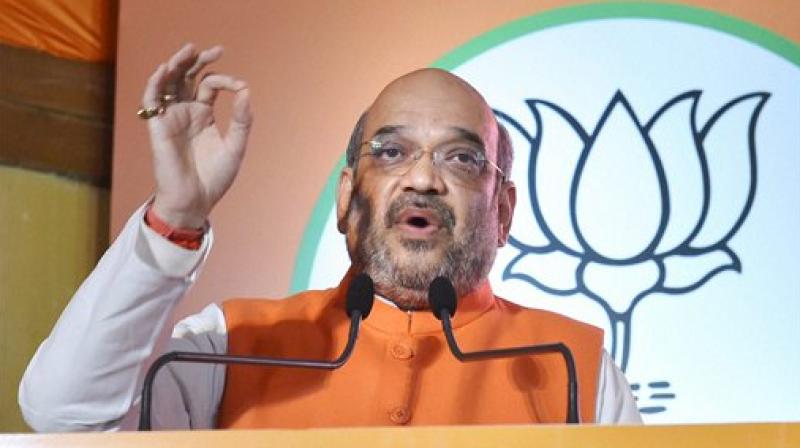 Onboard: Asserting that the revelation made by Pakistan's former national security advisor Mahmud Ali Durrani on Mumbai 26/11 terror attack is a victory of the Indian Government's diplomacy, Bharatiya Janata Party (BJP) president Amit Shah on Monday said the BJP government at the Centre has always strongly raised this issue in various international forums.

"From the very beginning, the Indian Government has maintained this stand. Now, when the former national security advisor of Pakistan is saying the same, it is good for us. This is a victory of the Indian Government's diplomacy. I believe what he said is true," Shah said News Editor Smita Prakash in an exclusive conversation, while on his way to Somnath.

"Whatever he said is absolutely true. We need to take action against Hafiz Saeed and the plan of the 26/11 attack was made on the soil of Pakistan. The Bharatiya Janata Party (BJP) government has always categorically raised this issue in various international forums," he added.

Earlier in the day, Durrani said the Mumbai terror attack was carried out by a terror outfit based in Pakistan and added that it was a classic trans-border terrorist event.

"The 26/11 Mumbai attack, carried out by a terror group based in Pakistan, is an example of a classic trans-border terrorist event," he said while speaking at the 19th Asian Security Conference being held at the Institute of Defence and Studies and Analyses.

He said that because he held on this view, the government was not too pleased with, and it could one of reasons why he lost his job as the National Security Advisor (NSA).

Durrani also said that Jamaat-ud-Dawa chief Hafiz Saeed had no utility and Pakistan should act against him.

Mahmud Ali Durrani, a retired army general, was the National Security Advisor to the Pakistani government when 10 Pakistani terrorists sneaked into Mumbai after hijacking a boat and killed at least 164 people and wounding 308 across the city.