As per reports, all injured in the grenade explosion at the Jammu bus station at 12 pm, were rushed to the hospital by locals. 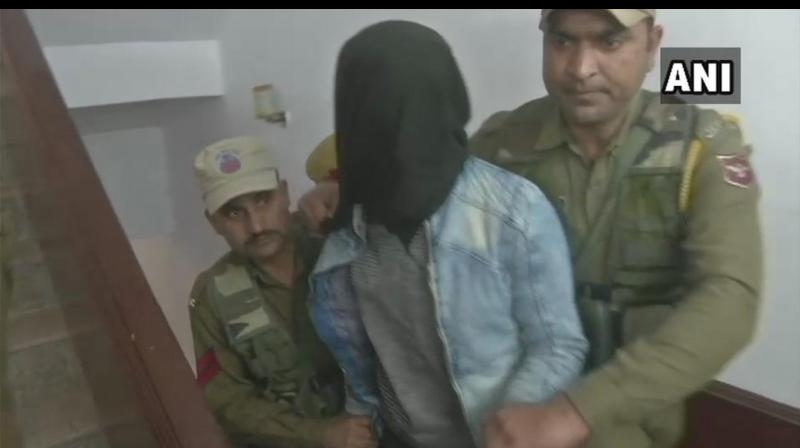 The area was immediately cordoned off by the security personnel. (Photo: Twitter/ ANI)

Jammu: A 17-year-old boy succumbed to his injuries in a grenade blast at Jammu Bus Stand that took place on Thursday at 12 pm, said police. DGP Dilbagh Singh claimed that the person who threw the grenade at the Jammu bus stand has been arrested.

IGP Jammu, Manish K Sinha said, "Yasir Bhatt was tasked to throw this grenade by District Commander of Hizbul Mujahideen in Kulgam, Farooq Ahmed Bhatt alias Omar. Teams were constituted to work on leads, CCTV camera footage was examined, based on oral testimony of witnesses we were able to identify a suspect. He was soon detained and confessed to the crime himself."

Mohammad Sharik, a resident of Uttarakhand's Haridwar, died due to splinter injuries in the chest, PTI reported.

Sad to inform that Md Sharik (in pic) s/o Intijar R/o Toda, Kalyanpur, Ahatmal, Haridwar, Uttarakhand, age 17 y succumbed to the injuries that he suffered in the grenade blast at Jammu Bus Stand on 7.3.19. pic.twitter.com/AM7CNWyYUr

At least 28 people were injured in the grenade explosion that took place at the bus station in Jammu at 12 pm. The area was immediately cordoned off by the security personnel.

"The scene of the blast along the B C Road was sealed off by police and a massive hunt has been launched to nab the grenade thrower," Inspector General of Police (IGP) M K Sinha added.

As per police reports, a grenade was placed under a bus. It is yet unclear whether there were people inside the bus.

MoS Defence Subhash Bhamre said, "Local investigation has been initiated into the incident. The government has already given complete liberty to the forces to take all necessary steps."

"I thought it was a tyre burst, it was a big blast. The locals took the injured to the hospital in an ambulance," an eyewitness told news agency ANI.

Windscreens of a parked state road transport corporation (SRTC) bus were damaged in the blast, a police official said, adding the condition of one of the injured was stated to be "critical".

Amid an increase in tension with Pakistan, the explosion occurred in Jammu - which is not far from the International Border.

However, it comes across as this is the third grenade blast in the vicinity in the past 10 months.